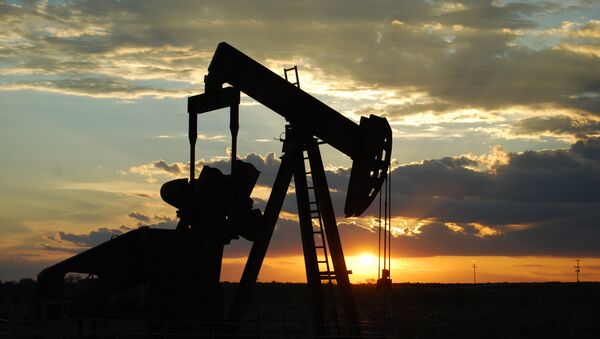 South African Sasol Delays US Gas-to-Liquids Plant Due to Oil Prices Drop
MOSCOW, January 29 (Sputnik) – UK oil and gas giant BP has formed an alliance with America's Chevron and ConocoPhillips to push forward the development of the Tiber and Gila fields in the Gulf of Mexico, BP has announced in a statement.

"Completing these agreements will enable BP to do three things that are at the core of our strategy in the deepwater Gulf of Mexico," Richard Morrison, president of BP's Gulf of Mexico business said, as quoted in BP's Wednesday press release.

Chevron Wins 'Lifetime Achievement' Award for Dreadful Environmental Record
"It will support continued exploration and development in the Paleogene, which we expect to be a key part of our future in the region. It will allow us to manage and maintain capital discipline by sharing development costs. And transferring operatorship of these assets to Chevron will allow BP to increase our focus on maximizing production at our four existing producing hubs in the Gulf," he elaborated.

Morrison added, however, that BP's hubs are all "in the early stages of development".

According to the new agreement, Chevron will receive about half of BP's current equity interests in the Gila and Tiber fields. The companies have also agreed to joint ownership of exploration sites east of Gila, where they plan to drill later this year.

BP, which is one of the world's top oil and gas companies, cooperated with Chevron last year, when it participated in the Chevron-operated Guadalupe discovery as a co-owner. Over the past five years, BP has invested nearly $50 billion in the United States, according to the company's website.