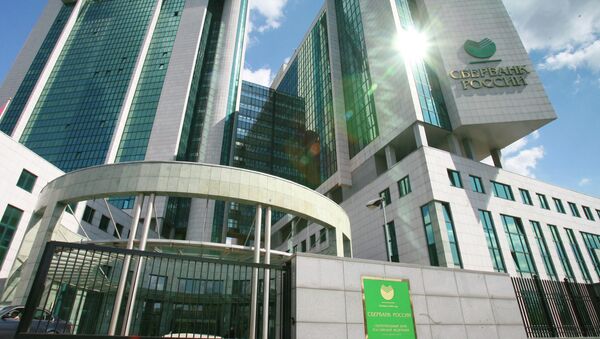 © Sputnik / Ruslan Krivobok
/
Go to the photo bank
Subscribe
Russian banks have canceled contracts with their US clients because of the Foreign Account Tax Compliance Act (FATCA), the law that requires foreign banks to share information on US citizen's banking activities. If a bank does not comply, it may be subject to a fine.

NOVOSIBIRSK, January 28 (Sputnik) — Russian banks have been forced to cancel contracts with their US clients due to the Foreign Account Tax Compliance Act (FATCA), law that requires foreign banks to provide information on US citizens' banking activities, a senior Russian official said Wednesday.

Russian Banks Look for Way Out of US Internal Revenue Service Collaboration
The FATCA, which became law in 2010, requires foreign banks to report information on some US clients. If a bank does not comply, it may be subject to a fine. Moscow and Washington were negotiating a FATCA deal acceptable for both sides until March 2014, when the United States suspended the talks over the Ukraine crisis.

"We could not put our national security under risk in this case, this is why a rule was adopted, under which every credit services organization may cancel the contracts with its clients, the US residents, and avoid FATCA regulations this way," Deputy Director of Russia's Federal Financial Monitoring Service Pavel Livadny told journalists.

FATCA Ruining Lives of Hard-Working Middle-Class Americans Living Abroad
Livadny added that the banks are now obliged to inform the Russian Central Bank, the Federal Financial Monitoring Service, and the Federal Tax Service of such clients.

"The credit organizations prefer to part with such clients, rather than stay under pressure from US tax laws," Livadny added.

US Congress enacted FATCA to make it more difficult for US taxpayers to conceal assets held in offshore accounts and shell corporations, and thus to recoup federal tax revenues.