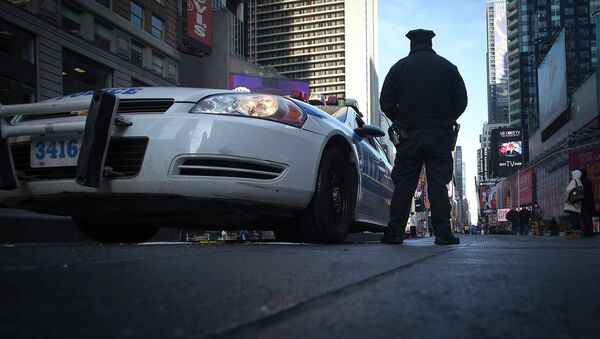 The US District Court for Southern New York reported that an alleged Russian spies were working for the economic branch of Russia’s Foreign Intelligence Service to gather information on potential US sanctions against the country and US’ efforts to develop alternative energy sources.

FBI Arrests Alleged Russian Spy in New York City
WASHINGTON, January 27 (Sputnik) — A Russian alleged intelligence ring broken up by the FBI on Monday was working for the economic branch of Russia’s Foreign Intelligence Service (SVR) and directed to obtain intelligence on sanctions against Russia and US energy markets, court documents filed in the US District Court for Southern New York reveal.

“[This] included requests to gather intelligence on, among other subjects, potential United States sanctions against the Russian Federation and United States’ efforts to develop alternative energy sources,” documents released on Monday by the US Attorney General for the Southern District of New York show.

The FBI named the defendants as Igor Sporyshev, a former trade representative of Russia in New York, Viktor Podobnyy, a former attaché to the Russian mission to the UN, and Evgeny Buryakov, who was working in a Russian bank in New York.

According to the court documents, the three Russians worked for SVR’s “Directorate ER,” which focuses on economic issues, between 2012 to the present.

Sporyshev and Podobnyy are no longer in the United States and were registered in the United States as officials of Russia, being under diplomatic immunity and protected from arrest, according to the court. Buryakov, who reportedly worked in the private sector as a cover for intelligence activities, was arrested on Monday.

Buryakov is charged with acting in the US as an agent of a foreign government without notifying the US Attorney General, the court said. Under US law foreign official are required to notify the attorney general they are foreign agents or representatives.

Sporyshev and Podobnyy are unlikely to go to trial, while Buryakov could face up to 15 years in prison if convicted.

The alleged intelligence ring gathered economic information and sought to recruit US citizens in universities, consultancies, and the banking sector, according to the court documents. The FBI accuses Sporyshev and Podobnyy of acting as intermediaries between the SVR and Buryakov, giving the agent instructions while analyzing information obtained through the intelligence ring.