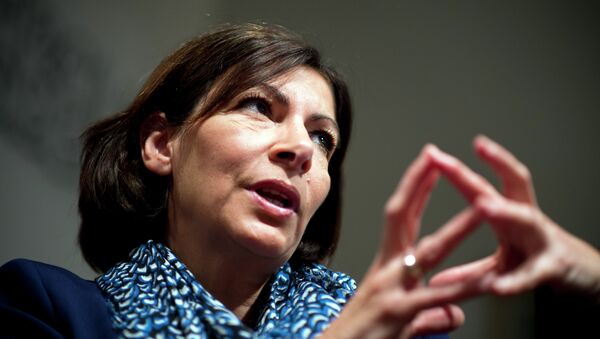 FOX recently ran a series of segments that suggested certain areas in Paris and England were under Sharia law, “where police are fearful to work,” CNN reported. The FOX segments, according to CNN, were “widely mocked and challenged as inaccurate, particularly by French media outlets.”

Russian Citizens Arrested in France Have No Ties to Paris Terrorist Attacks
On Saturday Julie Banderas and at least two other FOX news anchors issued apologies for the erroneous reporting, clips of which can be found on FOX’s website. FOX made some “regrettable errors” regarding Europe’s Muslim community, especially with regard to England and France, Banderas said.

“This applies especially to discussions of so-called ‘no-go zones’ – areas where non-Muslims allegedly aren’t allowed in, and police supposedly won’t go. To be clear, there was no formal designation of these zones in either country, and no credible information to support the assertion that there are specific areas in these countries that exclude individuals based solely on their religion,” the FOX news host explained.

The FOX segments come on the heels of three terrorist attacks, involving Islamic radicals that killed 17 people in the Paris area within the past two weeks. On January 7, terrorists attacked the Charlie Hebdo satirical newspaper office, killing 12, while the following day a French female police officer was killed. On Friday, gunman killed four hostages in a kosher supermarket.