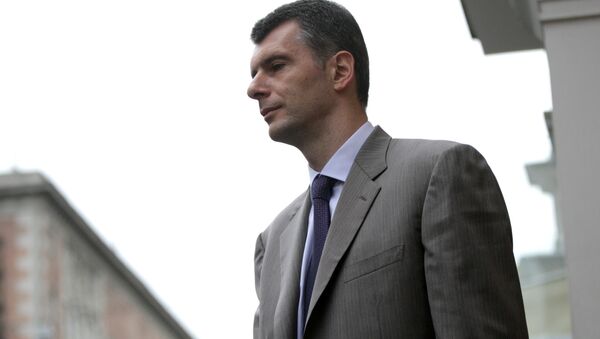 Ellen Pinchuk, Prokhorov's spokesperson, told the R-Sport agency earlier on Tuesday that being open to offers is "just good business," adding however that no sale was set in stone.

"There is nothing imminent in terms of a sale of any stake in the team," Pinchuk underscored the point to R-Sport.

Bloomberg reported on Tuesday that Prokhorov, 49, has hired Evercore Partners, to sell his 80 percent stake in the Brooklyn Nets, a National Basketball Association (NBA) team that he bought in 2010. Estimates of the team's value range from $1.3 billion to more than $2 billion.

Brooklyn Nets officials were not immediately available for comment.