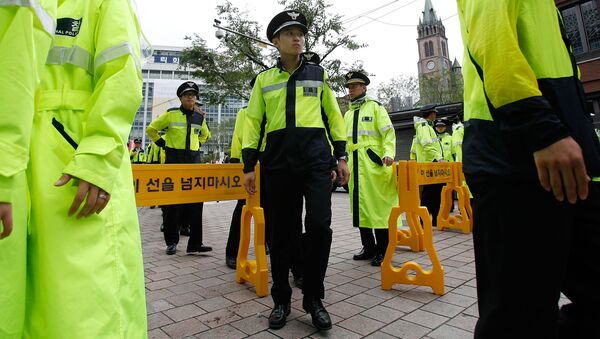 N Korea Warns of ‘Catastrophic Phase’ in Relations With South Over Leaflets
MOSCOW, January 8 (Sputnik) – The Seoul Central District Prosecutors' Office said the woman should be deported from the country instead of being indicted at the police's request, Yonhap reported.

In November 2014, Shin Eun-mi, a Korean-American woman, was accused of making complimentary observations about Pyongyang during her lectures in South Korea. The remarks she allegedly made while describing her trips to North Korea run counter to domestic National Security Law, according to Yonhap.

In December 2014, Shin, suspected of praising North Korea, was summoned by the Seoul Metropolitan Police for several rounds of interrogation.

South Korea's decades-old National Security Law forbids any activities that are deemed to be sympathetic to North Korean interests and supportive of the Communist regime in the neighboring country.