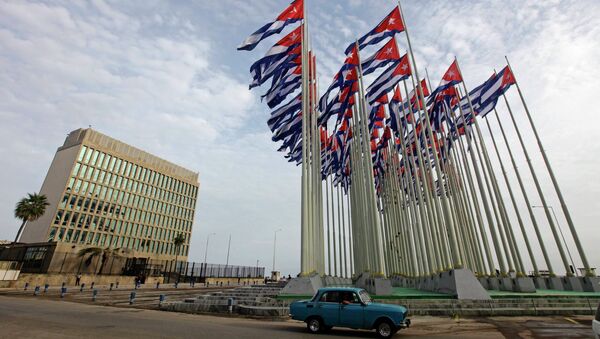 Some people feel joy and delight, while others have a more cautious attitude towards the new US policy.

MOSCOW, December 18 (Sputnik) – The official statement of the reestablishment of US-Cuba diplomatic relations and the facilitation of economic ties between the two countries has caused mixed reactions among Cuba’s residents, according to the people’s statements, cited by AP.

Pope Francis Plays Crucial Role in US-Cuba Rapprochement
The reactions vary from joy about new economic opportunities and a better future, to mistrust and cautious attitudes towards the new US policy.

This opens a better future for us," said 34-year old Milagros Diaz. "We have really needed something like this because the situation has been bad and the people very discouraged," he added.

Many Cubans celebrated the positive shift in the relations between the two countries as they hope the change would mean development of tourism industry, economic upsurge and improvement of financial situation.

However, some Cuban residents are cautious about the new development and inclined to wait for what it will bring in the future.

“It's not enough since it doesn't lift the blockade," said 28-year old Pedro Duran. "We'll see if it's true, if it's not like everything here: one step forward and three steps back. For now, I don't think there will be any immediate improvement after we've been living like this for 50 years."

On Wednesday, the US White House announced its intention to restore diplomatic relations and economic ties with Cuba. The statement came after the release of American citizen Alan Gross, who had spent five years in Cuban detention facility for alleged espionage activities.