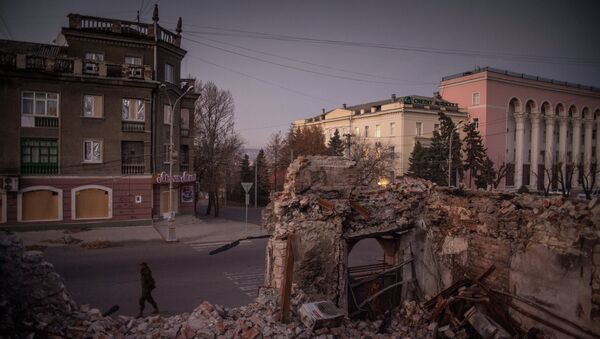 The Luhansk People's Republic's head hopes that a working Contact group will hold a meeting in Luhansk on Wednesday, where the ceasefire agreement will be given documentary evidence.

LPR Leader Confirms Ceasefire Agreement With Kiev Beginning on December 5
LUHANSK, December 3 (Sputnik) – The leader of the self-proclaimed Luhansk People’s Republic Igor Plotnitsky in eastern Ukraine said Wednesday he hoped Kiev would sign an agreement on the December 5 ceasefire as it had been confirmed only verbally.

“We have an oral agreement, now we want to decide if we’ll sign [an agreement] or not,” Igor Plotnitsky said.

Plotnisky said that he hoped that a working Contact group would hold a meeting in Luhansk on Wednesday, where the ceasefire agreement would be given documentary evidence.

UN Chief Hopes Sides in Ukrainian Conflict Observe Ceasefire: Spokesperson
On Monday the Organization for Security and Co-operation in Europe (OSCE) Special Monitoring Mission to Ukraine said that Ukrainian forces and the LPR militia had agreed upon a ceasefire to commence on December 5 with a withdrawal of military equipment beginning December 6.

On Tuesday Plotnitsky said a ceasefire agreement had been reached with Kiev, but this assertion not confirmed by Ukraine's National Security and Defense Council.

Later that day, the parliament of the self-proclaimed Donetsk People's Republic (DPR) said that it had agreed on a ceasefire with Kiev in the contested area of the Donetsk airport. DPR is planning to begin withdrawing military hardware from the area by December 9-10.

Self-Defense Forces, Kiev Troops Declare Ceasefire in Donetsk Airport: DPR
In mid-April, Kiev authorities launched military operations against independence supporters in Ukraine's southeastern regions of Donetsk and Luhansk. The warring sides reached a ceasefire agreement on September 5 in Minsk, but have since accused each other of violating the truce.

According to the United Nations, some 4,300 people have been killed and almost 10,000 have been injured since the beginning of the armed conflict in southeastern Ukraine.

Earlier this week, UN Secretary General Ban Ki-moon expressed hope that the conflicting parties in eastern Ukraine would adhere to the Minsk agreements.