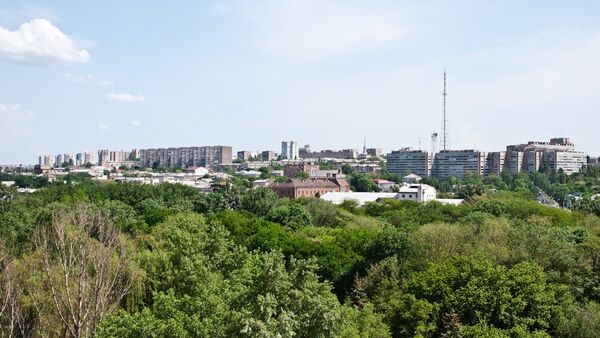 While the head of the self-proclaimed Luhansk People's Republic has confirmed that a ceasefire agreement with Kiev has been reached, Ukrainian official said that the talks on the issue would continue later Tuesday.

Kiev Forces, Luhansk Militia Agree to Ceasefire: OSCE
MOSCOW, December 2 (Sputnik) — The leader of the self-proclaimed Luhansk People's Republic (LPR) in eastern Ukraine, Igor Plotnitsky, confirmed on Tuesday that a ceasefire agreement has been reached with Kiev beginning on December 5, with Kiev pulling back heavy military equipment on December 6.

According to a report from observers from the Organization for Security and Co-operation in Europe (OSCE), the Ukrainian forces and Luhansk militia reached the agreement on Monday.

"That's exactly how it is," Plotnitsky told RIA Novosti.

Ukrainian authorities, however, have not confirmed the reaching of an agreement.

12-Year-Old Boy Killed During Attack on Donetsk by Ukrainian Forces
"We have not yet received the confirmation [regarding the ceasefire]," Ukraine's National Security and Defense Council spokesman Andriy Lysenko told RIA Novosti Tuesday.

Lysenko noted that the ceasefire talks would continue later Tuesday. It was reported earlier, that on Tuesday the self-proclaimed Donetsk People's Republic (DPR) will also hold ceasefire talks with the "administration of several districts of the region."

In mid-April, Kiev authorities launched a military operation against independence supporters in Ukraine's southeastern regions of Donetsk and Luhansk. The warring sides reached a ceasefire agreement in September, but have since accused each other of violating the truce. Some 4,300 people have been killed and almost 10,000 injured since the beginning of the armed conflict, according to UN data.