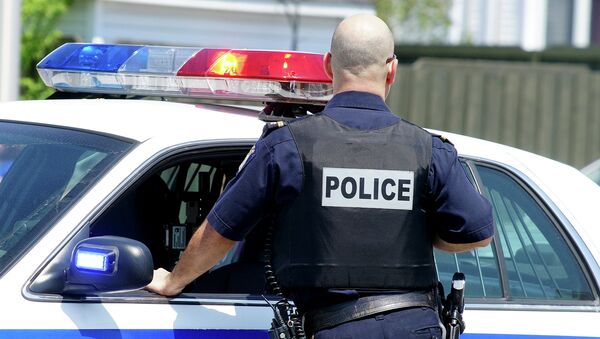 © mario beauregard
Subscribe
Unknown gunman killed four people, including a pregnant woman, in Cleveland, Ohio; police are working on finding the suspect and a motive of the killings.

MOSCOW, November 23 (Sputnik) – Police in Ohio are on the hunt to find a man who shot and killed four people, including a pregnant woman and her unborn child, at a house in Cleveland on Friday night, the Guardian said.

The tragedy happened around 7:30 p.m. on Friday, when 41-year old Sherita Johnson, who was 28 weeks pregnant, drove up to the house at 1443 East 92nd Street with her nine-year old daughter and two-year old son. Upon the arrival, Johnson sent her daughter into the house to retrieve something. In the house, the little girl came across three bodies: two males aged 60 and 19, and a 17-year old female. When she ran back outside, she saw a masked man armed with a handgun who fired several shots at the 9-year old, injuring her. Afterward, the gunman went to the car and killed Johnson in her vehicle. Her unborn child was also killed. The two-year old child in the back seat was not harmed, the NBC News reported.

The nine-year old girl is expected to recover from her wounds, the police said.

“Only an animal would do something like this to another human being,” said Police Chief Calvin Williams the next day, as quoted by the New York Daily.

Cleveland police are currently working on finding the suspect and a motive of the killings.

“There’s somebody out there who knows a lot more than we know and we need that information,” Williams said, as quoted by the New York Daily. “We don’t want to speculate on why this happened.”