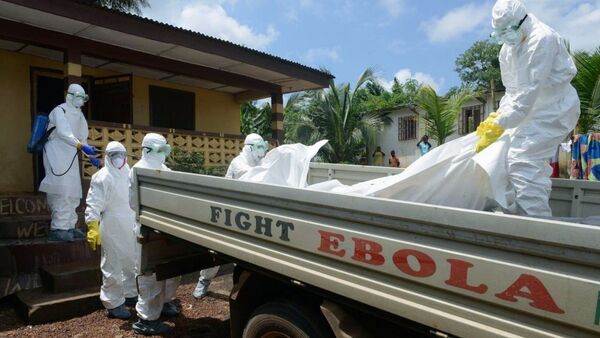 © FOTOLINK/Kyodo
Subscribe
According to the Chinese Ambassador to Liberia, a group of 160 Chinese medical workers out of planned 500 has arrived at Liberia to help the country fight Ebola, also China is going to deliver 60 ambulances, 100 motorcycles, 10,000 health kits, 150,000 personal protective equipment to the countries that have been hardest hit by the decease.

The envoy added that the medical staff "comprises medical experts, epidemiologists, doctors, nurses, engineers and technicians and forms part of the first batch of 500 medical staff."

Ebola has already killed a total of 5,177 people, with 14, 413 confirmed, probable, and suspected cases of the virus having been reported, according to the latest World Health Organization data.