Europe Will Have to Face Facts on Elections in Eastern Ukraine 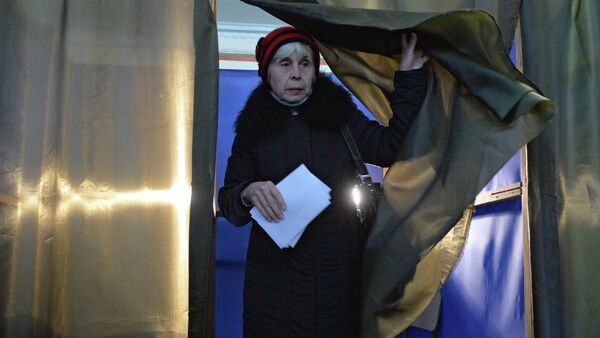 © RIA Novosti . Alexei Kudenko
Subscribe
An Austrian observer said Europe will have to accept the facts in regard to elections held Sunday in the self-proclaimed Donetsk People’s Republic in eastern Ukraine.

MOSCOW, November 2 (RIA Novosti) – An Austrian observer said Europe will have to accept the facts in regard to elections held Sunday in the self-proclaimed Donetsk People's Republic in eastern Ukraine.

"It is the greatest mistake in history to ignore facts. After a time the European governments will have to face the facts, they will have to accept the facts," Ewald Stadtler said in regard to Europe acknowledging the elections in Donetsk.

"After a cooling down period, they will have negotiations with the elected representatives of the Donetsk Republic because you can't ignore a political party, well, maybe one month, but not for a year," Stadtler added.

The European Union, as well as the United States and the United Nations, have condemned the elections, saying they would violate the conditions of the peace agreement reached on September 5 in Minsk, Belarus. Russia, however, said earlier it was going to recognize the election results since the move would help legitimize the leadership in the region.

Founder of the Indipendenza Veneta (Independent Veneto) movement Alessio Morosin also opined during his Saturday interview with RIA Novosti that not recognizing the elections in Donetsk and Luhansk would run counter to the same ceasefire agreement reached on September 5 between the independence supporters and the Kiev authorities.