Japan Holds Military Drills with Russia, US as Gesture of Balance 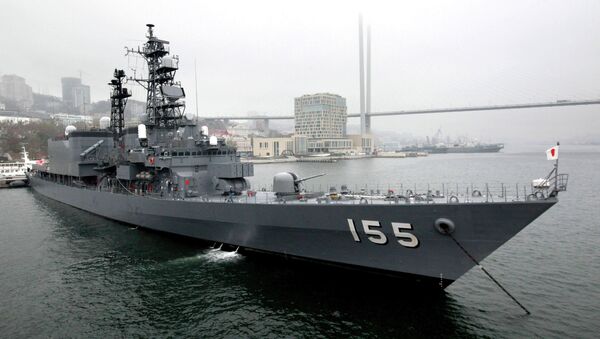 Japan is maneuvering between the US and Russia, simultaneously holding joint military drills independently with the two military powers.

MOSCOW, October 27 (RIA Novosti) – Japan is set to begin its joint military exercise with the US Army on its northernmost island of Hokkaido, the day after it started its maritime drills with Russia in the seas off Vladivostok in Russia’s Far East.

The exercises are set to illustrate the country’s Prime Minister Shinzo Abe’s desire to pursue a balanced defense policy which doesn’t favor either of the two countries versus the other.

“What’s difficult for Japan is that the alliance with the US is the centerpiece of its security policy,” Bloomberg quotes Taisuke Abiru, a research fellow specializing in Russia at research group The  Tokyo Foundation as saying. “How can they maintain this alongside relations with Russia? This is an extremely important problem for Prime Minister Abe now.”

Joint naval exercises between Russia and Japan have been conducted on a regular basis since 1998.

The current naval drills, however, are the first since the escalation of the Ukrainian crisis, which led to a temporary halt of Russia-Japan bilateral defense relations.

In September, Japan's Defense Ministry said that the country's navy intended to consult with Russia to confirm its commitment to the development of bilateral relations.