Russia Better Place for Expats Than US: Survey 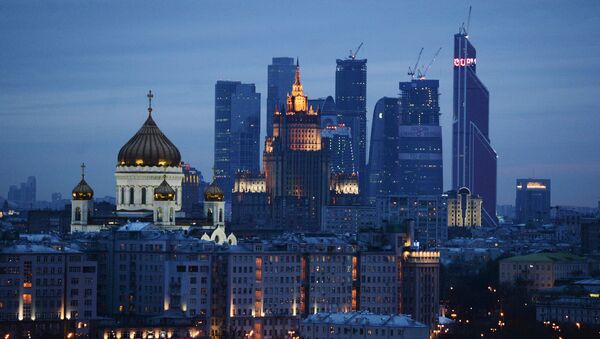 © Sputnik / Alexei Filippov
/
Go to the photo bank
Subscribe
Switzerland was followed by Singapore and China in second and third place respectively, while the US was in 30th place, and Russia in 17th.

MOSCOW, October 23 (RIA Novosti) - Switzerland has topped a table of the best places to be an expat, according to a new survey by HSBC bank.

“Many Switzerland-based expats mentioned the better work / life balance, availability of outdoor activities and a family-centric culture as the reasons for why they enjoy the Swiss lifestyle,” the bank reported.

Switzerland was followed by Singapore and China in second and third place respectively, while the United States was in 30th place, and Russia in 17th. The survey reached its conclusions by averaging the scores expats gave their countries of residence in three different areas: Expat economics, expat experience, and raising children abroad.

The economic category, which was led by China and put Switzerland in second place, asked respondents about their own household and disposable income, as well as their estimations of the host economy.

The rankings of expat experience were based on their estimations of the country’s quality of life and the ease with which they had been able to integrate into the community, and was topped by New Zealand. This country also came first in the raising children score, which was averaged from feedback about childcare, education, health and children’s experience.

Information was collated from a minimum sample of 100 respondents and 30 expat parents in 34 countries, who were asked for their impressions about where they lived. The most popular sector for respondents was banking, insurance and financial services, and the most common reason given for leaving their home country was to improve their job prospects.

The rest of Asia follows China in providing good financial opportunities for expats. While 29 percent of expats in China earn over $250,000, that figure is 14 percent for Asia as a whole. In contrast, only 5 percent of expats in Europe earn in excess of that sum, and in the Middle East 7 percent.

The countries of the Middle East were most attractive to those looking to boost their income, with 70 percent of expats who live there holding the belief that their earnings are higher than they would be in their home country.