Deputy Secretary of State: Russia, US Have Shared Interest in Combating IS Threat 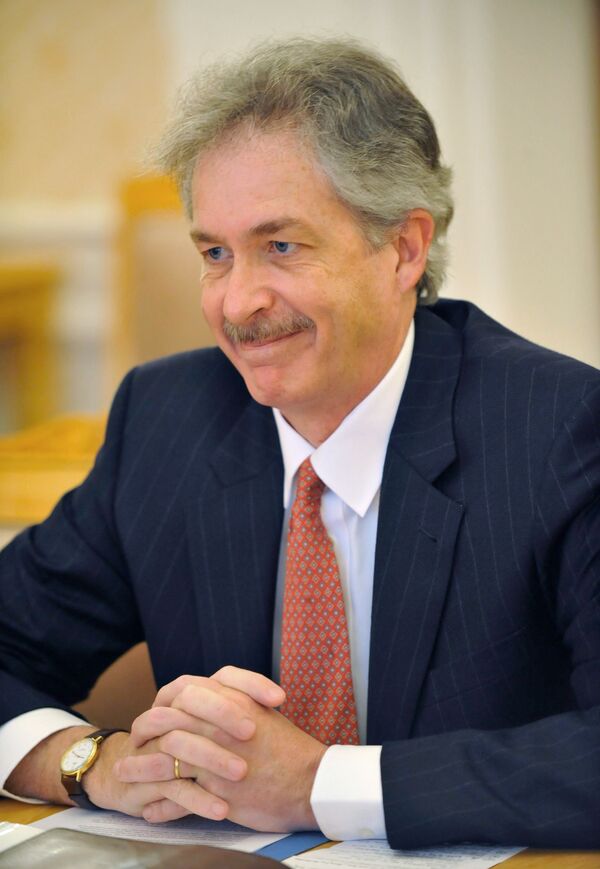 © RIA Novosti . Eduard Pesov
/
Go to the mediabank
Subscribe
International
India
Africa
Russia has common interest with the United States and its allies in combating the threat, posed by the Islamic State (IS) in the Middle East, including stemming the flow of foreign fighters and cutting off the financing of terrorist organizations in the region, said Deputy Secretary of State, William Burns.

WASHINGTON, September 29 (RIA Novosti) - Russia has common interest with the United States and its allies in combating the threat, posed by the Islamic State (IS) in the Middle East, including stemming the flow of foreign fighters and cutting off the financing of terrorist organizations in the region, said Deputy Secretary of State, William Burns.

"If you look at the question of the flow of foreign fighters, or the financing of ISIL [IS] or other violent extremist groups objectively, the Russians have an interest in trying to take on these kinds of challenges," said Burns in a Monday conference at the Washington Institute of Near East Policy. "As Russia looks at the challenge, posed by ISIL, it's got to be worried about and conscious of its own potential extremist challenges in the North Caucasus. So I think, objectively, there is some shared interest in dealing with that threat," he added.

The Russian Ministry of Foreign Affairs stated that the passage of foreign fighters into territory, held by IS represents, is a threat to Russia, and over 70 other nations, where citizens are currently getting jihadist training from the group.

Deputy Minister of Foreign Affairs, Mikhail Bogdanov told the press that IS is a threat "to the whole international community." During last week's United Nations Security Council (UNSC) meeting, Russia gave its support in the unanimous passage of a UNSC resolution to curb the flows of foreign fighters in and out of the Middle East.

While the issue of stemming the flow of foreign fighters has been one where the US and Russia are in agreement, according to Burns, there are still deep divisions between the two states in approaching the region.

"Now at the same time, there remain profound differences on the wider issue of Syria." He continued that Russia has "played a reasonably constructive role" in the destruction of Syria's chemical weapons stockpiles and has shown "some creativity" in handling the challenges of nuclear negotiations with Iran.

Burns noted, however, that the coherence in policy by Russia and the US in some areas "doesn't mean that we're going to need cooperation on every issue."

In recent weeks the United States has been conducting airstrikes against IS targets in Syria, and has started a train and equip program for anti-Assad forces in Syria. While the US and many of its allies remain committed to removing Bashar al-Assad from power in Syria, Russia has stressed in recent days that cooperation with the government will be key to defeating the IS threat.