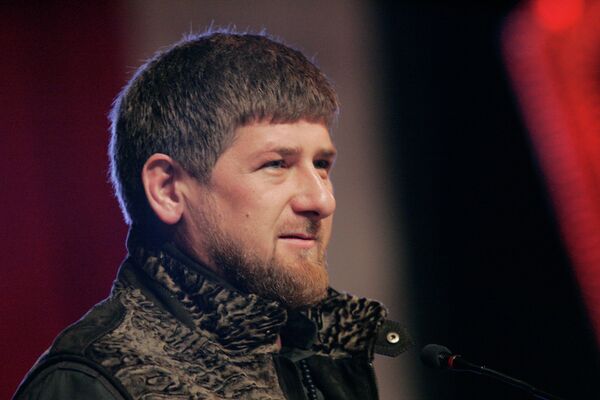 © RIA Novosti . Said Tsarnaev
/
Go to the photo bank
Subscribe
Chechen leader Ramzan Kadyrov has offered a home in the Russian republic to another zoo giraffe facing death in Denmark.

Jyllands Zoo in the Danish city of Videbæk is preparing to kill a healthy young giraffe named Marius to prevent inbreeding, The Guardian reported this week.

On Sunday, another giraffe – also named Marius – was killed at the Copenhagen Zoo by a bolt shot to the head after being deemed genetically superfluous. About 27,000 people signed an online petition to keep the first Marius alive, and several other zoos offered him a home, but the zoo went ahead with the killing.

“I’m worried by reports that another giraffe is about to be slaughtered in Denmark,” Kadyrov wrote on his Instagram account Thursday.
“I’m ready to accept Marius for humanitarian reasons. We guarantee him proper living conditions and will take care of his health.”

Kadyrov described Sunday’s killing, billed as an educational event and attended by dozens of children, as a “savage show.”

The giraffe’s corpse was dissected in front of the public and the meat was fed to lions, tigers and leopards at the zoo.

Kadyrov, who has repeatedly been accused of severe human rights violations in the North Caucasus republic of Chechnya by rights groups, has his own private zoo with lions, tigers and bears in the grounds of his palatial residence outside the capital Grozny.