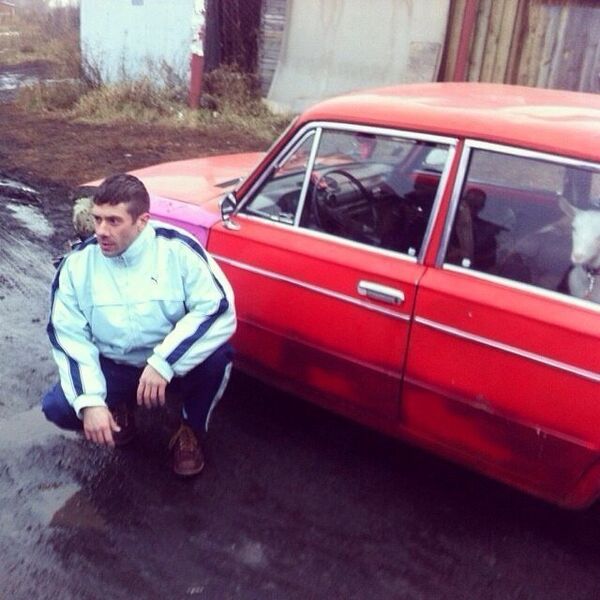 How do you sell an old Soviet clunker for $12,000, the price of a new Renault or Citroen?

NOVOSIBIRSK, November 25 (RIA Novosti) – How do you sell an old Soviet clunker for $12,000, the price of a new Renault or Citroen?

Be lucky enough for a rock star to feature it in a music video.

A Siberian villager is selling his 33-year-old, Brezhnev-era Lada 2106 for at least 10 times its value because “it’s not just any car, it starred in a Limp Bizkit video,” he told RIA Novosti.

Heavy metal vocalist Fred Durst cruised around in the cherry-red sedan earlier this month with his lead guitarist Wes Borland – as well as a goat in the backseat – for an upcoming music video showcasing the quaint Russian town of Krivodanovka.

Car owner Alexei Uspensky thinks a devoted fan will snap up the vehicle as soon as the video premiers, following Limp Bizkit’s conclusion of their Russian tour on Friday.

Uspensky plans to post ads for the car on several online auction sites. He concedes, though, that the price is negotiable.