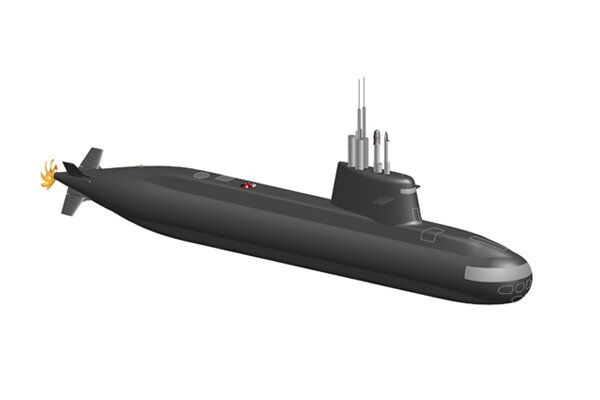 The S-1000, a 1,000-ton diesel submarine, is a joint project begun in 2004 by Russian submarine builder Rubin and Italy’s Fincantieri. Russia and Italy presented a mockup model of the S-1000 at an international arms show in France in October 2006.

Andrei Baranov, deputy head of the Rubin Central Design Bureau, said that in its proposed configuration, the S-1000 is of “little interest” for potential clients, adding that a decision had been made to improve the project and target specific countries that need a submarine fleet.

The submarine was originally designed for anti-submarine and anti-ship warfare, reconnaissance missions, and transportation of up to 12 troops. It is 56.2 meters long, has a top speed of 14 knots and is equipped with a new fuel cell-powered Air Independent Propulsion (AIP) system developed by the Italian firm.

Although its exterior will stay as designed, there will be considerable changes to “what’s inside” the submarine, Baranov said, adding that the target regions for selling submarine would remain the Middle East and Southeast Asia.

He cited several reasons for the upgrading the sub, including to market it to the Russian and Italian navies. He said the S-1000 design was drawn up almost a decade ago and much has changed since then. And, he noted, such small submarines are currently in great demand in the world, and there is intense competition on the market.

“Countries that are actively looking for new submarines are setting some totally unexpected demands for those ships,” he said.