© Photo : Leo Tolstoy museum
Subscribe
Count Leo Tolstoy was a prolific author, rich and generous enough to bequeath his works to be published and distributed free of charge.

MOSCOW, June 26 (RIA Novosti) – Count Leo Tolstoy was a prolific author, rich and generous enough to bequeath his works to be published and distributed free of charge.

His epics “War and Peace” and “Anna Karenina” still top most of the lists of greatest novels of all time, and his controversial views on Christianity earned him excommunication from the Russian Orthodox Church and spawned a short-lived religious movement.

Before he died in 1910 aged 82, the white-bearded writer and social reformer penned so much that the classic edition of his collected works spans 90 volumes. More than a century later, the entire body of his novels, short stories, fairy tales, essays and personal letters will be available online for free, his great-great-granddaughter said Wednesday.

The website, http://www.readingtolstoy.ru, will feature the 90-volume edition that was published in 1958. The now-classic and rare collection is being scanned and proofread by almost 1,500 of volunteers. The volunteers also verify the accuracy of the e-books that have, for years, been available in online libraries and file-sharing websites, Tolstaya said. 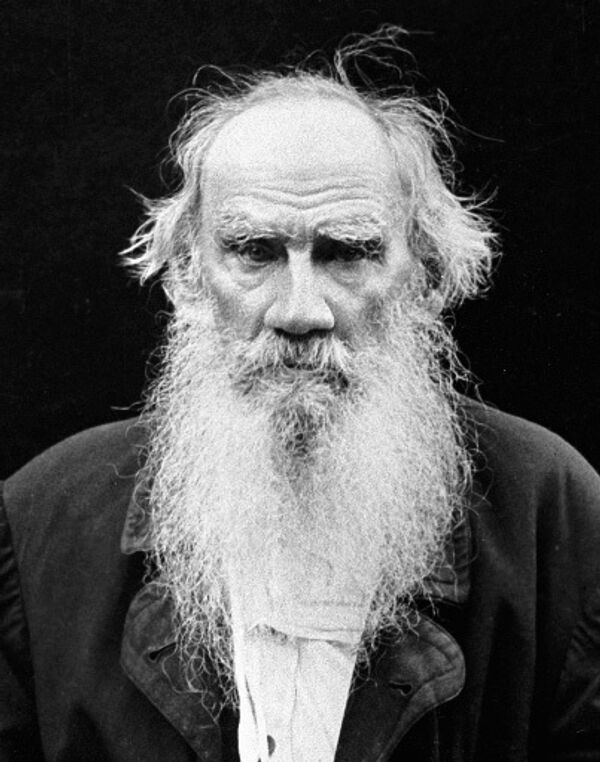 Life and death of Leo Tolstoy in photos
© RIA Novosti

By Wednesday, 33,400 pages out of the 46,000-page collection had been scanned and proofread, according to statistics on the website.

Russia is a well-known haven for online pirates and copyright violators, and Tolstoy’s books were among the first to become available in online libraries in the 1990s.

The late Count may well be looking down on this benevolently, given the Christian and somewhat anarchist views that made him a cult figure among revolutionaries, Communists and modern-day non-conformists.

“He would have loved the idea of a free website with his works,” Tolstaya said.

A free-wheeling gambler, playboy and fearless artillerist during the Crimean War of 1853-1856, the gaunt and handsome aristocrat underwent a complicated moral transformation.

Despite becoming a celebrity after writing “War and Peace” and “Anna Karenina”, he went through a painful moral crisis that saw him become a born-again Christian, wearing peasant clothes and sporting a long white beard.

But hundreds of his followers – known as “tolstovtsy” – united in small rural communities in Russia, giving up meat and trying to create a utopian society devoid of greed and violence. Mahatma Gandhi considered himself a follower of Tolstoy, and the count’s ideology of passive resistance later inspired Indian protests against the British rule.

Although Soviet founder Vladimir Lenin called Tolstoy the “mirror of the Russian revolution,” early Communist were merciless toward the tolstovtsy, disbanding their communities and sentencing them to forced labor in Gulags.

Tolstoy’s works, however, became part of an obligatory high-school curriculum. Generations of Russian students had to read the 800 page-plus War and Peace – with boys preferring the war and girls – the peace, according to a popular saying.