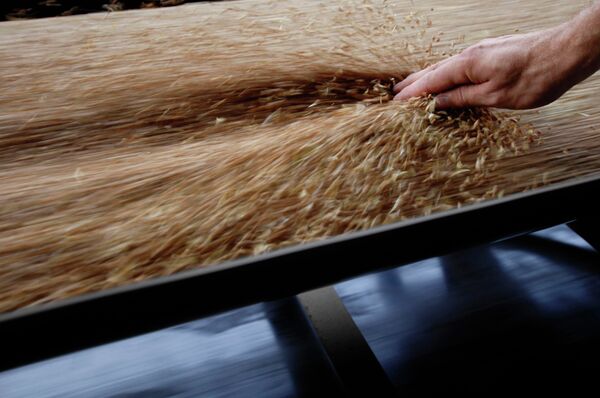 Japan and South Korea have partially suspended US wheat imports after genetically modified crops that have never been approved for growing were discovered in Oregon, officials and wheat industry representatives said Friday.

WASHINGTON, May 31 (RIA Novosti) – Japan and South Korea have partially suspended US wheat imports after genetically modified crops that have never been approved for growing were discovered in Oregon, officials and wheat industry representatives said Friday.

Both Asian countries temporarily suspended imports of soft white US wheat, which is used mainly to make baked goods and noodles, but did not cancel other wheat imports from the United States, industry groups U.S. Wheat Associates (USW) and the National Association of Wheat Growers (NAWG) said.

Japan is the largest importer of American wheat, followed by Nigeria, Mexico, South Korea, the Philippines and the European Union.

Authorities in the Philippines have said they are monitoring the situation, while the European Union said it will test US wheat imports and block any shipments found to contain genetically modified organisms (GMO).

US officials announced this week that the rogue experimental wheat had been found in an 80-acre (32.4 hectares) field in Oregon, and admitted they were baffled as to how it got there.

No genetically modified wheat has been approved for commercial production in the United States, the US Department of Agriculture (USDA) said.

Tests of genetically engineered wheat were carried out in 16 states from 1998-2005 but were then halted, and the program to develop “Roundup Ready” wheat was closed out, agriculture-technology giant Monsanto, which developed the GMO seeds said in a statement.

The ag-tech giant was trying to develop wheat that is resistant to glyphosate, the active ingredient in Roundup herbicide, which along with genetically modified seeds is one of Monsanto’s main product lines.

Tests conducted by the USDA after the rogue wheat was discovered in Oregon showed that it was the same variety of genetically modified wheat that Monsanto tested for seven years until 2005.

Monsanto stressed that there were “no food, feed or environmental safety concerns associated with the presence of the Roundup Ready gene if it is found to be present in wheat.”

But a study conducted last year by the University of Caen in France found that rats fed Roundup Ready corn for two years developed more tumors and other severe diseases than a test group fed with regular corn. Monsanto has dismissed that study, saying it lacked scientific rigor.

After the Caen study was released last year, Russia suspended the import and use of Roundup Ready corn made by Monsanto.

Russia is not a top importer of wheat from the United States.