Hollywood Wrestles With Getting Russia Right 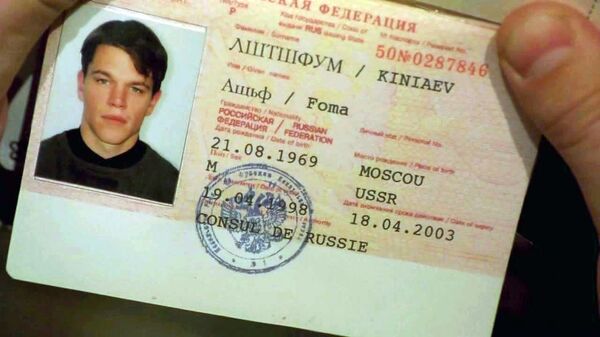 © Photo : tltgorod.ru
Subscribe
It’s a mere three seconds of stock footage in the critically acclaimed Cold War television series “The Americans,” a nighttime panorama showing Moscow’s renowned Christ the Savior Cathedral as a US counterintelligence official explains that a top KGB officer is about to be assassinated.

WASHINGTON, May 9 (By Carl Schreck for RIA Novosti) – It’s a mere three seconds of stock footage in the critically acclaimed Cold War television series “The Americans,” a nighttime panorama showing Moscow’s renowned Christ the Savior Cathedral as a US counterintelligence official explains that a top KGB officer is about to be assassinated.

There’s just one problem: The scene takes place in 1981, a half century after the cathedral was demolished by the atheist Bolsheviks. A massive outdoor swimming pool was ultimately built at the site, and the cathedral was only resurrected in the 1990s after the collapse of the Soviet Union.

“You never want to make a mistake, but when I saw that one, I thought, ‘Well, if that’s the worst, maybe we’re doing OK,’” the show’s creator and executive producer, former Central Intelligence Agency (CIA) agent Joe Weisberg, told RIA Novosti.

Hollywood has long raised Russians’ hackles over what many see as crude national stereotypes propagated on the silver screen, including the drunken cosmonaut in the 1998 blockbuster “Armageddon,” which sparked outrage in the Russian parliament.

But just getting the facts right about Russia can be a tall order for the US film and television industry, even for series like “The Americans,” in which linguistic, cultural and historical slip-ups are more the exception than the rule.

Cyrillic gibberish, anachronisms and Russian phrases that appear to have swished back and forth between languages a dozen times in Google Translate: all of these are par for the course in portrayals of Russia on American screens big and small.

Matt Damon’s titular character in the 2004 action thriller “The Bourne Supremacy” rifles through a phone book at a Moscow pay phone to find an address. In real life, Jason Bourne would have a better chance finding the apartment by going door to door in the city of 11.5 million than finding a public phone book there.

In the same movie, Bourne flashes a forged Russian passport with the unusual but believable name “Foma Kinaev,” written in the Latin alphabet. The Cyrillic rendering, however, reads “Ashchf Lshtfum,” a cavalcade of consonants likely to elicit a “Come with me” from a Russian border guard.

Whoever whipped up the prop apparently switched the computer keyboard over to Cyrillic, typed in “Foma Kinaev” and hoped for the best.

“Just a simple Russian lad, Ashchf Lshtfum,” Moscow photographer Dmitry Lukyanov drily noted in a blog post about mangled Russian in famous movies that has made the rounds of the Russian blogosphere.

Oddities collected on Lukyanov’s blog include a scene from the 1986 Arnold Schwarzenegger film “Red Heat,” in which a Soviet police officer for some reason is typing a report in Russian but using the Latin alphabet, as well as a screenshot from the 1963 James Bond movie “From Russia With Love” that features glass doors in a Russian embassy stenciled with non-Russian words to indicate “push” and “pull.”

Hollywood producers occasionally invest money to ensure the accuracy of such details – investment that is typically hyped in the pre-release promotional campaign, said Eileen Jones, a movie critic and a lecturer at the University of California, Berkeley’s Department of Film and Media.

Mostly, though, Hollywood films have relied on “absurd” stereotypes and “rough approximations of what might imaginably be true,” Jones told RIA Novosti.

“If you want to represent France, you shoot a beret-wearing, baguette-carrying man in a black turtleneck bicycling past the Eiffel Tower,” she said. “Big-budget Hollywood movies are supposed to play around the world, so there’s a reliance on iconographic stereotypes that can convey broad-stroke dramatic situations to vast numbers of people.”

Over the past century, most Hollywood directors who contemplated making films involving Russia “knew next to nothing” about the country, said Harlow Robinson, a history professor at Northeastern University in Boston specializing in Soviet and Russian culture.

“Even if you did go to the Soviet Union for research, you were absolutely limited in what you could see,” Robinson told RIA Novosti.

This myopia is not limited to Russia, of course. Portrayals of China and the Chinese language in US films and television feature a plethora of mispronounced names and considerable confusion between Mandarin and Cantonese Chinese, said Stanley Rosen, a professor at the University of Southern California who has written extensively about Chinese cinema.

No film director or producer goes into a project intent on being willfully ignorant about these details, said Sam Pollard, an Academy Award–nominated producer and longtime collaborator of American film director Spike Lee.

When mistakes are made, often it’s merely because there’s not enough time or money to nail the particulars, Pollard told RIA Novosti.

“Usually it’s likely you just missed it, or you are at the 11th hour of production and you’ve got to shoot the shot,” he said.

No special outside consultants other than a translator are brought in to ensure the accuracy of the Russian language and other Russia-related aspects of “The Americans,” which follows the lives of two married Soviet sleeper agents living in the United States in the early 1980s, Weisberg told RIA Novosti.

He added that he had vetoed exterior shots set in the Soviet Union that did not appear to him to be consistent with the place and time in which they were set.

The translator and several members of the cast who speak fluent Russian are the last line of defense against obvious language flubs, Weisberg said.

The scripts for the show, which earlier this year was picked up for a second season on the FX network, are penned in English, with the Russian-speaking parts then translated and tweaked for idiomatic fluidity, Weisberg said.

“We do have a ‘no-Google-Translate’ rule,” Weisberg said, referring to the popular online translation program that can produce preposterous results if deployed willy-nilly.

A majority of the blunders that fans of the show catch have nothing to do with Russia, Weisberg added. “The Americans” is set in Washington but filmed in New York City, meaning evidence of the geographic sleight of hand occasionally creeps into a shot, he said.

“We have mistakes sometimes like a street sign from Queens,” Weisberg said, referring to one of the New York City’s five boroughs. “You catch a lot of mistakes, too. You probably catch nine out of 10. But boy, that last one, you just miss it.”