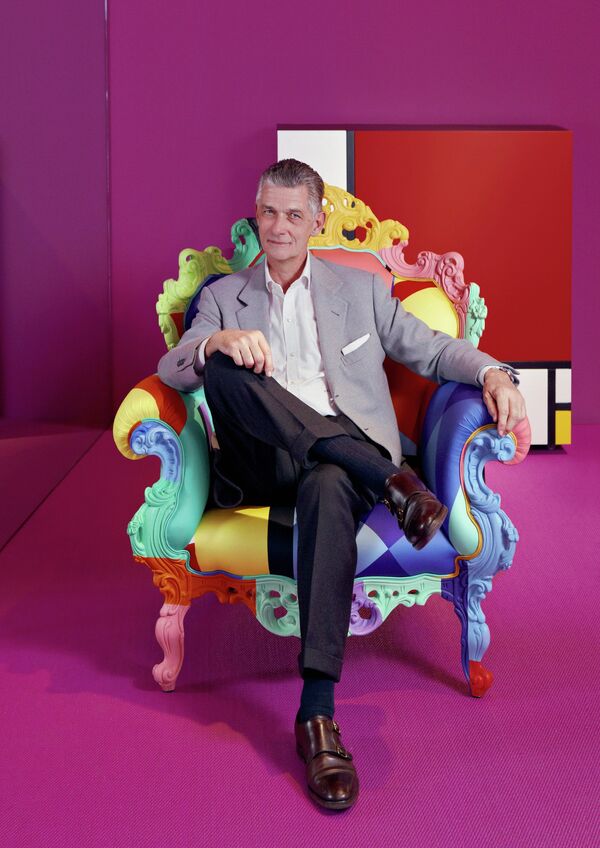 © Moscow Design Week
Subscribe
If conceptual artist and designer Victor Freydenberg had his way, Swedish furniture retailer IKEA would be pushed out of Russia altogether.

If conceptual artist and designer Victor Freydenberg had his way, Swedish furniture retailer IKEA would be pushed out of Russia altogether.

“It’s bad for our society because it’s really just a substitute for something real,” he said, lamenting how the massively popular retailer has stifled the artistic ambitions and creativity of a new crop of Russian designers by providing mass-produced, pre-fabricated designs.

Freydenberg’s is just one of many artistic visions – both Russian and foreign – represented in Moscow Design Week, which will transform Moscow’s Central House of Artists on October 9-14 from a gray, hulking building on the bank of the Moscow River into a world-class design exhibition, where Russian and European designers will trade styles and influences.

The event mixes together European artists of worldwide repute with their young Russian counterparts, who observers said are beginning to emerge as designers worthy of international attention, forging cross-cultural ties along the way.

The floors of one of Russia’s largest exhibition centers were scattered with installations and fixtures of various shapes and sizes, some splashed with bright colors while others were markedly more monotone and minimalistic.

There were avant-garde furniture sets, mind-altering light patterns, and synthetic, headless human torsos – all in the name of art.

For Freydenberg, the annual event – now in its third year – is a unique opportunity for Russia’s young designers to finally make their mark after years of just catching up to European trends.

“IKEA appeared at the exact moment when the idea of design began to appear in Russia…I’m convinced that thousands of young designers stopped following their creative paths because of this,” he added.

Organizers said they brought in top-flight, established talent from various European capitals to help embolden what they say is an already burgeoning design culture in Russia.

“The goal is to exchange new ideas, to create professionals out of those who want to become true professionals, and to broaden the public’s knowledge of design,” said chief organizer Alexander Fedotov.

Among the foreign dignitaries was noted Italian designer Giulio Cappellini, known for plucking and cultivating young talent from across the world, who praised Russian designers for the progress they’ve made in recent years.

“I’m sure that we’ll see young and talented Russian designers who will be able to design for world-wide, well-known companies,” he told journalists on Tuesday.

Others encouraged their Russian counterparts to blend global trends with their own Russian backgrounds to produce designs with unique “national characteristics.”

Italian designer Alessandro Gedda, whose installation “Just One Piece” features prominently in the exhibition, pointed to what he saw as evidence that Russian up-and-comers were fusing their designs with more subtle Russian influences.

Sibling team SashaDasha Design, for example – comprising Alexandra and Daria Gantseva – makes extensive use of wood in their large-scale, minimalist installations of utensils and boats, among other figures, invoking Russia’s vast woodland landscape.

Another designer, Alexander Kanygin, seems to call upon the enduring association of bears with Russia in his installation “My Bear,” a collection of colorful, angular bear heads arranged neatly across a white wall.

“They don’t forget the land on which they were born,” Gedda said.

Yet Mikhail Belayev, another Russian designer who, along with his colleague Yuri Verediuk, experiments with sleek household fixtures as part of a project entitled “Natural Forms. Light. Water. The Person.” said young Russian designers are also forming a “synthesis” of different Western and Scandinavian influences through their work.

But if Russian design is on the rise, even its most ardent supporters are careful to temper their expectations.

While Fedotov envisions a bright future for Russian designers, he also said they’re not quite ready to make the mark that IKEA has made on the world – yet.

“The different opinions represented in these sorts of exhibitions, as well as an understanding of how to create good prototypes, will help prepare designers for when they’ll need to start making contact with producers,” he said.