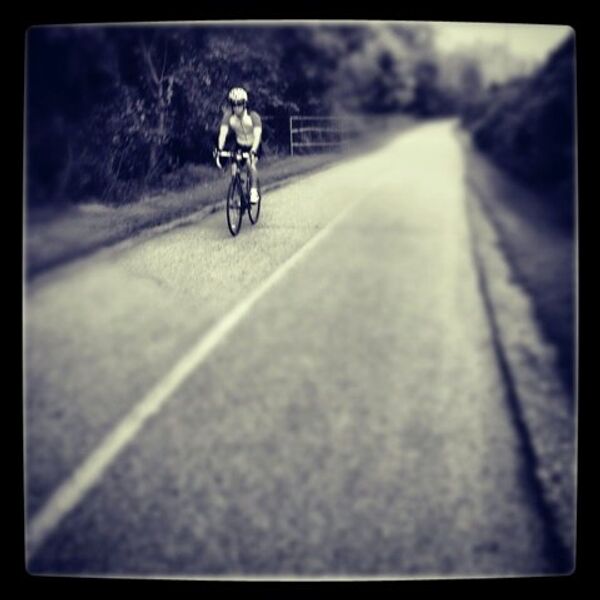 © RIA Novosti . Jaclyn O’Laughlin
Subscribe
Years ago, when legendary American photographer Ansel Adams labored in the darkroom with an enlarger and chemicals to create his beautiful black and white photographs, he never could have imagined that future generations would be able to capture pictures with mobile phones and create similar artistic effects within seconds.

Years ago, when legendary American photographer Ansel Adams labored in the darkroom with an enlarger and chemicals to create his beautiful black and white photographs, he never could have imagined that future generations would be able to capture pictures with mobile phones and create similar artistic effects within seconds.  But thanks to the hugely popular photo-sharing app, Instagram, millions of people are are doing just that every day.

“Photography is changing constantly and Instagram is just one of those things that had an incredible overnight success for many reasons, due to its reach, accessibility of use, its appeal visually and it’s a visual medium to share,” said Astrid Merget, creative director of the World Photography Organisation headquartered in London.

There are now over 80 million registered Instagram users across the world using the app, which allows people to take photos with their iPhone or Android smartphones and then choose from a variety of filters that give the photographs a more artistic, creative look.

Acclaimed United States photojournalist Benjamin Lowy is a good example of how quickly the photography industry is changing and embracing new technologies. He assumed control over The New Yorker’s Instagram account for two weeks to post pictures with his iPhone at both the Republican and Democratic National Conventions, instead of using a professional digital single-lens reflex camera.

The campaigns for the two main U.S. presidential candidates have also used Instagram as a way to get their political messages out to potential voters.

According to Instagram’s website, there are four billion photos that have been uploaded since co-founders Mike Krieger and Kevin Systrom launched the program back in October 2010.

Instagram’s popularity has grown exponentially since Facebook announced in April that it would buy the photo-sharing platform for $1 billion, with over 50 million additional users joining since then.

Facebook has received approval to issue stock for its purchase of Instagram, but the deal is now worth about $750 million since Facebook’s share price has dropped significantly.

“These numbers are so astounding that they tell us something about the nature of human beings, and the need to express themselves towards those that they want to communicate something to,” Meyer said.

Some professional photographers worry that Instagram could be changing the industry completely, but Merget doesn’t think professionals need to worry.

“I highly doubt that more people are going to be hired for magazine shoots over professional photographers due to Instagram,” she said. “The world and culture of today wants to share things instantly and be able to get it to someone across the world and make it look beautiful.”

Jason Bailey, digital media manager for the non-profit photography organization and publisher Aperture Foundation, thinks the overall impact Instagram has had on the industry has more to do with the way people are now communicating instantaneously with images than how it is affecting the financial wellbeing of professionals.

“I think the interest and appeal in Instagram is that it is changing the way photography is being distributed, and the way it is to be a photographer and how to access photos,” he said. “The audience is changing, who is taking pictures is changing and how quickly and how often we can see pictures. And, someone who downloaded an Instagram app is not in competition with a trained seasoned photographer.”

Citizen photojournalists taking advantage of the app’s instantaneous social networking capabilities, along with the world’s 24-hour news cycle, have prompted the ever-evolving news industry to begin publishing Instagram photographs, which some say negates the industry’s digital manipulation code of ethics.

Moments after two people were shot and killed and nine wounded on August 24 outside the Empire State Building in New York City, pedestrians captured images with their smartphones and posted the pictures on Instagram before the media arrived. Those pictures were published later that day on the websites of major news agencies throughout the world.

Nick Stern, an international news and features photographer working mainly for British newspapers, said that Instagram photos don’t belong in the news industry and that it is a “craze” that will “run its course.”

The future of Instagram is uncertain. Some believe it is a fad and passing trend, including Lowy who believes the world is in a period of time where we are taking very “nostalgic pictures” of friends and food.

“In a way that can be harmful to photography, with people trying to take the most mundane pictures and make them look good,” Lowy said. “But, at the end of the day a photographer is always a photographer and a cashier is always a cashier, and the idea to get more people involved in photography and democratize it is never a bad thing. And, people with talent will always rise to the top.”

The social networking aspect of Instagram is definitely going to remain, said Bailey, with the aesthetic capabilities of the app maybe being transformed or reinvented in the future.

“The idea of shooting an image and sharing it immediately with a friend and the world will stay,” he said.