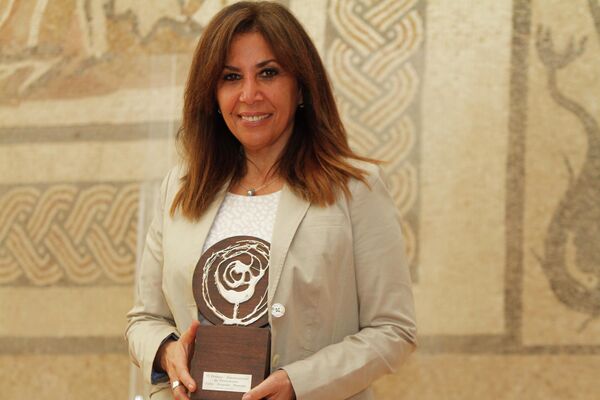 © by courtesy of Shahira Amin
Subscribe
International
India
Africa
Organizers had called it "a second revolution" to topple Muslim Brotherhood rule in Egypt, but last Friday's so-called "million people rally" failed to draw the massive support the opposition activists had hoped for. It was also proclaimed "a failure" by revolutionary forces which had earlier announced their decision not to take part.

Organizers had called it "a second revolution" to topple Muslim Brotherhood rule in Egypt, but last Friday's so-called "million people rally" failed to draw the massive support the opposition activists had hoped for. It was also proclaimed "a failure" by revolutionary forces which had earlier announced their decision not to take part.

Unlike last year's popular uprising when Egyptians were unified by the common goal of bringing down the corrupt Mubarak regime, Friday's rally reflected the deep polarisation of a country divided along ideological lines. The lower than expected turnout signaled however - for the second time in as many months - that the new Islamist President's following was by far larger than the opposition camp (the first time this had happened was during the run-off vote that pitted Morsi against former regime loyalist Ahmed Shafik).

The crowd protesting outside the presidential palace on Friday (which at its peak numbered no more than 3,000 demonstrators ) was a mix of former regime supporters, secularists and Christians - all opposed to what they describe as the "Brotherhoodization of Egypt." Since Islamist Mohamed Morsi was appointed President, there have been growing concerns that the Muslim Brotherhood (from which Morsi hails) is seeking to monopolize power by excercising control over key state institutions.

Earlier this month, a controversial decision by lawmakers in the Islamist-dominated Shura Council, parliament's upper house, to replace chief editors of state-run newspapers sparked angry protests by journalists fearful of a regression in the freedoms they have gained since the revolution. On August 9, columnists left their columns blank to protest what they perceived as "an attempt by the Muslim Brotherhood to control the media."

An ensuing crackdown on journalists critical of the Brotherhood and the Islamist President has also fuelled fears of a return to repressive Mubarak-era tactics to silence voices of dissent. Faraeen, an independent TV channel has been suspended for a month and its owner, controversial talk show host Tewfik Okasha faces investigation on charges of "inciting violence against the President".

A former regime loyalist and an outspoken critic of the revolution, Okasha was among the first to call for the anti-Muslim Brotherhood rally. He was known for his staunch support of the ruling military generals in the transitional phase of the revolution, but turned against them after Morsi came to power, accusing them of "selling the country to the Muslim Brotherhood."

Islam Afify, Editor in Chief of the independent El Dostour is also on trial on charges of "defamation and slander." Several lawsuits had been filed against the paper owned by an Egyptian Christian or Copt, accusing it of "stoking sedition" after the recent spate of sectarian violence in Dahshur, in which a Muslim man was killed and scores of Christian families were forced to flee the village. Meanwhile, the August 11 edition of the paper was confiscated after it featured a front-page article warning that the country was in danger, and calling on Egyptians to "close ranks with the military against the Islamists."

After facing criticism both inside and outside the country for "his attempts to stifle freedom of expression," Morsi used legislative powers he wrested from the military earlier this month to pass a law against the detention of journalists on media-related charges. The move however has done little to quell the criticism. In a televised interview on one of the independent Egyptian channels, prominent journalist Saad Hagrass called it "a feeble attempt to appease the public" and questioned why the decision was announced just a day before the August 24 anti-Brotherhood rally and not before.

Morsi's sacking of the top military generals after a militant attack on an Egyptian border post in the Sinai Peninsula earlier this month (in which 16 border guards were killed) and his cancellation of supplementary constitutional amendments issued by the generals on June 17 have compounded fears that he is seeking to monopolize power.

Protesters outside the presidential palace on Friday expressed their categorical rejection of Morsi's newly-gained sweeping powers with fervent chants of "Illegitimate! " and "Down with the rule of the Brotherhood's Supreme Guide."

"We had a revolution last year for a secular, civil state not a theocracy," complained activist Iman Baybars, founder of the Association for the development of women, a non-governmental organization working to improve the status of women.

She expressed concern that Morsi's "non-inclusive policies do not auger well for the democratic process "and insisted that the "Muslim Brotherhood was infiltrating state institutions to Islamize and control rather than reform them."

Coptic protester Romany Malak said it was difficult to trust the Brotherhood as the group had repeatedly lied to get access to power. "Not only did they dominate parliament and seek a monopoly over the drafting of the constitution, they had also vowed not to field a presidential candidate but later reneged on their promise," he said.

Despite their visible anger and frustration, the protesters outside the Heliopolis Presidential Palace were determined to keep the protests peaceful, chanting "Selmiya ! Selmiya! [Peacefully! Peacefully!]" Apart from a scuffle that broke out earlier in the day between Morsi supporters and anti-Brotherhood protesters in which four people were injured including three with shotgun pellet wounds, there was no violence reported in the capital. In Egypt's second city of Alexandria, an attack by a mob wielding knives and sticks against anti-Brotherhood protesters resulted in several injuries.

The anti-Brotherhood protests serves as a reminder that the newly-elected Islamist President Morsi, who came to power by winning just 51 per cent of the vote, has to do a lot more to win the hearts and minds of all Egyptians. Despite claims from the president that he has severed ties with the Muslim Brotherhood, a more pluralistic approach may be what is needed to convince the opposition that he is indeed, as he claimed in his inaugural speech, a president for all Egyptians.