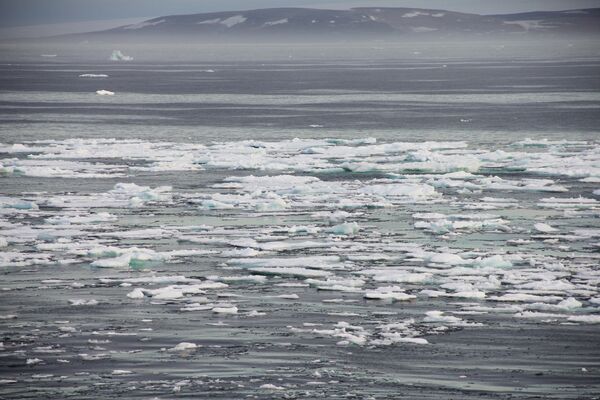 The sea ice extent will continue shrinking until mid-September.

The record low is due to the unusually warm temperatures in 2011, the deputy head of St. Petersburg-based Arctic and Antarctic Research Institute, Alexander Danilov, told RIA Novosti.

“It was record warmth,” Danilov said, citing a March report from the World Meteorological Organization.

“Therefore the ice build was not as intensive. Not a lot less, but it was enough. As a result, the average ice thickness was 10-15 centimeters less.”

Meanwhile, the U.S. National Snow and Ice Data Center reports that Arctic sea ice extent is tracking lower than in 2007, but says the current extent is still greater than the all-time low of 4.17 million square km recorded on September 16, 2007.

“This could be due to mechanical break up of the ice and increased melting by strong winds and wave action during the storm. However, it may be simply a coincidence of timing, given that the low-concentration ice in the region was already poised to rapidly melt out,” it said.

Danilov agreed that a shift in atmospheric circulation patterns was a factor in the declining sea ice extent.

“The atmosphere is warmer and storms visit the Arctic more frequently,” he said.

“The shift in circulation in the Arctic, which has been underway a long time, causes ice to move faster and faster on average from the Arctic Ocean into the Atlantic.”