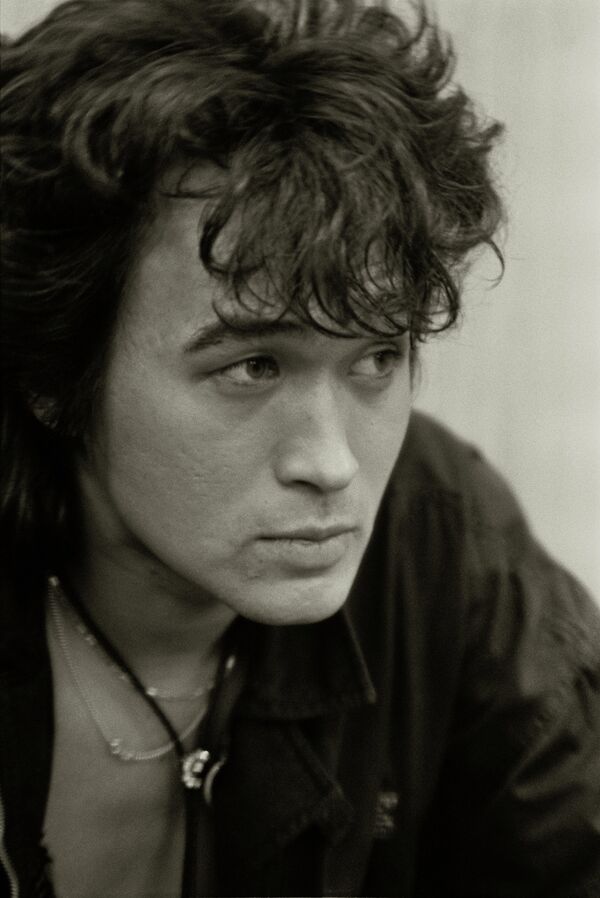 Soviet rock star Viktor Tsoi - whose death in a car crash in 1990 quickly earned him cult status - has had the 50th anniversary of his birth celebrated with a Google doodle.

Soviet rock star Viktor Tsoi - whose death in a car crash in 1990 quickly earned him cult status - has had the 50th anniversary of his birth celebrated with a Google doodle.

The search engine has turned its homepage emblem into graffiti, overlapped with the words Tsoi and Kino, Tsoi's band. It is a nod to the famous "Tsoi Wall" in downtown Moscow, which pays tribute to the late musician.

The lead singer and songwriter for Kino, which he helped found in 1982, Tsoi died in August 1990 in the then Soviet republic of Latvia. He was 28 years old.

Events staged in tribute to the late musician will be held across Russia, with a concert featuring cover versions of his songs to be held Moscow.

Kino were, along with Boris Grebenshchikov's Akvarium, part of the Leningrad (now St. Petersburg) underground rock scene.While drawing heavily on Western rock and especially New Wave, Kino crafted a uniquely Russian sound complete with lyrics which were often critical of the Soviet Union.

Indeed the group encapsulated much of the 1980s generation's disillusionment with the Soviet system. "I knew everything would turn out badly, but I didn't know [that it would happen] so soon," Tsoi sang in the 1986 song Filmi (Films).

With the spread of Mikhail Gorbachev's perestroika reform policies, Kino achieved even greater acclaim, culminating in a concert at Moscow's Luzhniki stadium in June 1990. It was the last time Tsoi appeared on stage.

Ever since his death, critics have argued over how Tsoi's musical legacy would be judged, and whether he would still have cult following if he were alive.

"Kino and a couple of other groups were the only thing that kept me going in the late 1980s," said on Friday, as he stood by the graffiti-covered Tsoi Wall just off Old Arbat, Moscow's main tourist stretch.

"Tsoi is alive!" another man shouted before starting to play Peremen ("We want changes"), one of Kino's most popular songs, on his guitar.