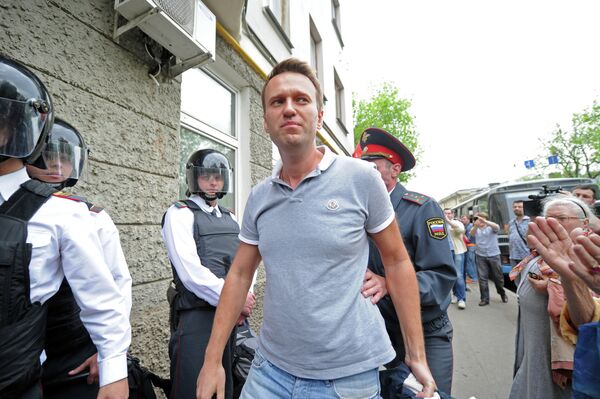 “We have never had and do not have any relation to the project,” he said.

Probusinessbank press office head Anton Shubenin, declined to confirm the information, adding the seven banks in the group had a horizontal rather than a vertical control structure.

The GQ report claimed the cards would be issued by a bank integrated into Life Financial Group,

“According to the data received by the GQ political blog from reliable sources, bank cards will be issued by a bank integrated into Life Financial Group, which unites parent Probusinessbank and six subsidiary banks,” GQ said.

“The initiative, according to our sources, originates from the Group itself, which sees the Navalny card as a good method to attract a new audience and which has established a contact with the politician,” GQ said on its website.

“Some of the group’s co-owners know almost nothing about the project,” GQ’s source said.

Vedomosti business paper reported on Tuesday that one percent of all transactions conducted with the bank cards would be transferred to a non-profit organization, the Fund for Fighting Corruption, set up by Navalny. The money will be paid by the bank from its fees rather than by the card owner, the paper said.