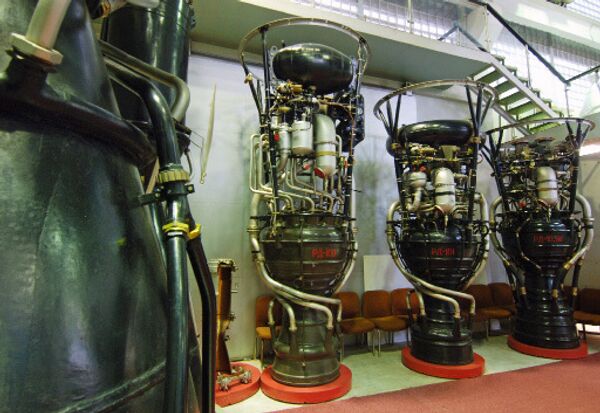 Power engineering manufacturer Energomash has started development of a new rocket engine which could vastly reduce the cost of rocket launches and avoid the need to produce hydrogen for fuel, the makers say.

The new rocket, which will be around 30 percent more efficient than exising designs, works on a completely novel fuel mixture of acetylene and ammonia (atsetam).

“A mixture of acetylene and ammonia is 20 times cheaper than hydrogen as a kilogram of hydrogen costs about 2 thousand rubles ($67) and a kilo of atsetam is maximum of 100 rubles ($3.35)," Energomash's Director of Innovative Technology Anatoly Likhvantsev told Izvestiya newspaper.

"Using five to seven tons of this mixture, we can save a considerable amount of money. In addition, the components that are included in atsetam can be easily stored and transported, whereas hydrogen requires special storage and transportation conditions," he added.

The new atsetam engine will be assembled on the basis of the RD-161 oxygen and kerosene engine. The exact parameters will be determined during tests which will begin this year and will last for about three years.

The developers plan to launch rockets with the new engine in 2017-2018, dependent on funding.

Once the optimal ratio of acetylene and ammonia is found (in which fuel will be sufficiently powerful without exploding too easily) the designers will specify the parameters of the engine.

According to preliminary calculations, the atsetam engine will not require major structural changes to existing rocket motors since the physical properties of atsetam do not differ much from kerosene. An upper stage with the new engine will be installed on existing rocket carriers, which will be more profitable than developing an entirely new rocket with it.