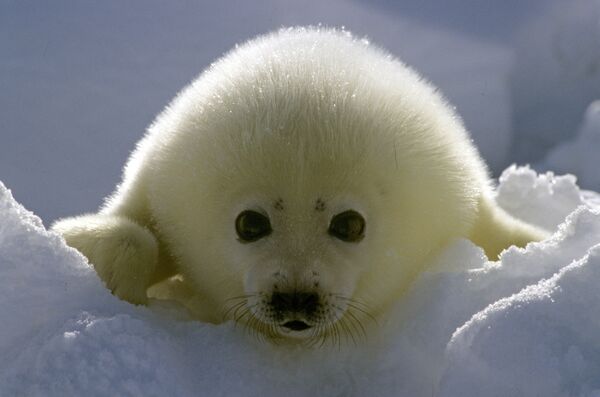 The People for the Ethical Treatment of Animals (PETA) organization, the largest animal rights group in the world with over 3 million members, praised the ban on importing all harp-seal products in the Customs Union of Russia, Belarus and Kazakhstan as "a crushing blow to Canada's annual seal slaughter"

"WE WON!!! Russia Bans Canadian Seal Fur!!! Thank you for all your support!!!" Pamela Anderson, who led the PETA campaign to end "Canada's annual seal slaughter," wrote in her Twitter account.

French actress Brigitte Bardot said the ban was her "best Christmas present" in a letter to Russian Prime Minister Vladimir Putin, who she said was her "favorite Prime Minister," AFP reported.

"Thank you for always being so attentive to my words," the French agency quoted Bardot as saying in a letter to Putin. "It's a pity that I do not enjoy such support in my home country, which remains extremely backward in the issues of animal protection."

Bardot's statement echoes activists of the International Fund for Animal Welfare (IFAW), who also said they "could not ask for a more wonderful holiday gift."

"The Belarus-Kazakhstan-Russian trade ban is a significant victory that should be celebrated by all concerned with animal welfare and wildlife conservation," IFAW's Seal Programme Director Sheryl Fink said.

"With the Russian market closed to harp seal fur products, and a long-promised deal to export seal meat to China at risk due to concerns over food security, the future looks bleaker than ever for the dying Canadian sealing industry," she added.