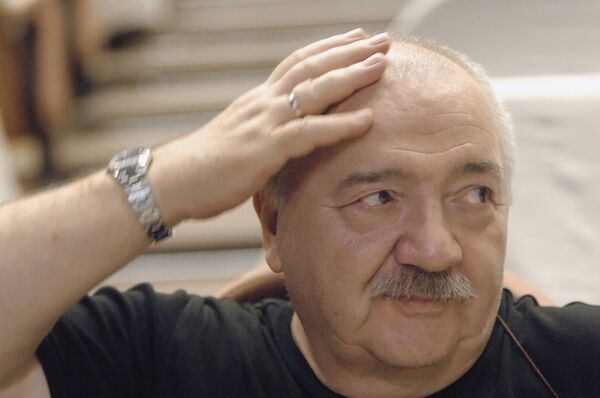 Sturua, an outspoken critic of Georgian President Mikheil Saakashvili, was dismissed from the Tbilisi National Theater for his "xenophobic" comments about the president.

“Saakashvili doesn't know what Georgian people need because he is Armenian. I do not want Georgia to be governed by a representative of a different ethnicity,” Sturua said in an interview with a local news agency in May.

The director, who received several invitations from Russian and international theaters after his dismissal, accepted proposals from a British theater and Moscow’s Et Cetera.

“I’ve got three plays in mind, two of them are modern Georgian and Russian performances and a classic one,” Sturua said, adding that he had accepted the invitation since he had already staged three plays in Moscow and was honored to return to his “family.”

Sturua, 73, has gained international fame for his original interpretation of plays by Anton Chekhov, William Shakespeare and Georgian classics.

His Hamlet, staged in 1992 at London's Riverside Studios, has long been a theatrical legend.