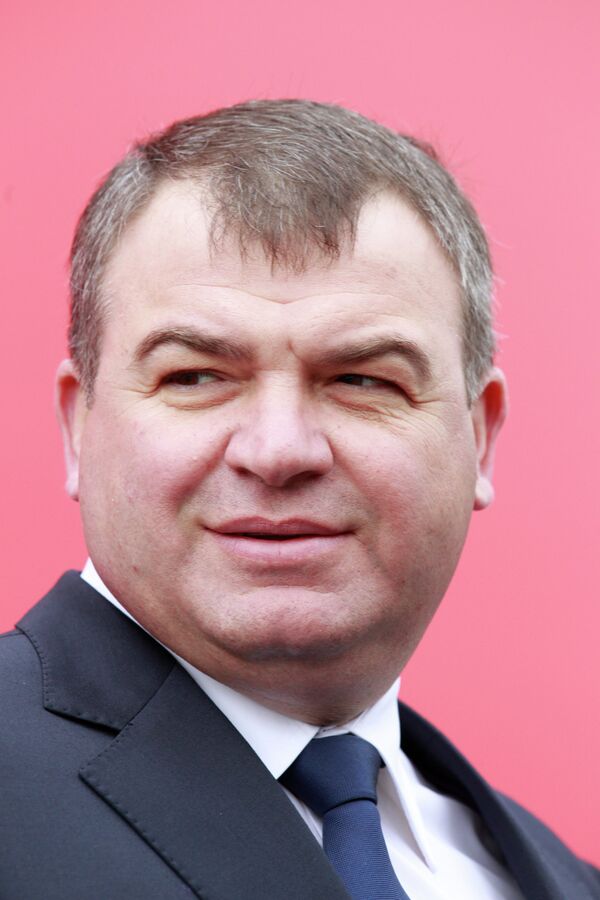 Russian Defense Minister Anatoly Serdyukov has accused leading missile designer Yury Solomonov of having grudges against the ministry and lobbying for defense industry.

Russian Defense Minister Anatoly Serdyukov has accused leading missile designer Yury Solomonov of having a grudge against the ministry and lobbying for the defense industry.

Solomonov, who designed the RS-24 and Bulava ballistic missiles, said in an interview with Russia's Kommersant daily on Wednesday that the 2011 state defense order was in jeopardy partly because the Defense Ministry had delayed the signing of new defense contracts, especially on procurement of strategic nuclear armaments.

"I suspect that he holds a grudge because of his dismissal from the post of the general director of the Moscow Institute of Thermal Technology [MITT]," Serdyukov told reporters on Thursday.

"It could be also viewed as a form of lobbyism, an attempt to interfere with our work," the minister added.

Solomonov was fired from the post of general director of the MITT in July 2009 after a series of unsuccessful Bulava tests. He was replaced by Sergei Nikulin, the former head of the Vympel tool-making plant.

All four launches of Bulava after the replacement were successful, and the Defense Ministry said the missile is ready for commissioning.

"I don't know whether it's a coincidence or not, but his departure and the arrival of a new director changed the work for the better," Serdyukov said.

He said the ministry will recommend the Russian leadership to reprimand Solomonov for ungrounded accusations.

Meanwhile, Serdyukov admitted on Thursday that his ministry failed to conclude contracts worth around 18% (108 billion rubles) out of the overall 2011 state defense order, approved in the amount of 581.5 billion rubles ($20.7 bln), due to soaring prices for military products.

He also said his ministry is ready to buy military products from manufacturers, providing a 25%-plus profitability for them, following Prime Minister Vladimir Putin's statement in May that defense industry enterprises' profitability should not be less than 15% but that ready items should not be overcharged.

If the price the Defense Ministry pays for military products is not transparent and it is unclear where the profit goes, it will not pay extra money to arms manufacturers, he concluded.