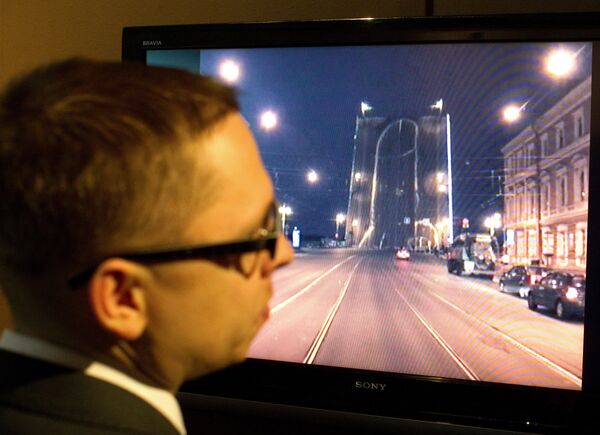 The controversial Russian art collective Voina (War) has won a state prize for contemporary art, in a massive embarrassment for the Federal Security Service (FSB), the powerful successor to the KGB.

The controversial Russian art collective Voina (War) has won a state prize for contemporary art, in a massive embarrassment for the Federal Security Service (FSB), the powerful successor to the KGB.

Voina were nominated for the best work of visual art for a daring street action last summer, when they painted a gigantic phallus on a drawbridge in St. Petersburg so that it rose up in front of the FSB headquarters.

The stunt, titled A Cock Captured by the FSB, was quietly removed from the Innovation award shortlist last month but then put back in after an outcry in Russia's sprawling art community. The Innovation All-Russian Contemporary Art Competition is run by the Culture Ministry and the National Center for Contemporary Arts.

"This action by Voina is one of the brightest and most colorful works of 2010 in the field of contemporary art," respected architect Yury Avvakumov said in the announcement of the nomination.

"It was done extremely professionally from the point of view of the strategy and tactics of actionism. It is clear that this work will be part of the history of contemporary art," Avvakumov said.

Voina did not turn up for a ceremony at Moscow's art center Garage on Thursday to receive their prize.

But the drawbridge action - for which they were fined a mere $67 - is far from their only brush with the law.

Last month, two of the group's leaders, Leonid Nikolayev - a.k.a. Lyonya F**king Crazy - and Oleg Vorotnikov, were released on bail after nearly four months awaiting trial for an audacious anti-corruption protest called Palace Revolution. In September, members of Voina videoed themselves flipping over police cars in downtown St Petersburg. The two men could face up to seven years in jail.

On their way home after a news conference a few days after their release, they were set upon by several men. The artists said their assailants "looked like typical thugs" and claimed to be police officers. The news conference was their first public appearance since secretive British street artist Banksy put up the $10,600 bail for each of them. He had earlier donated almost $130,000 to Voina from a print sale.