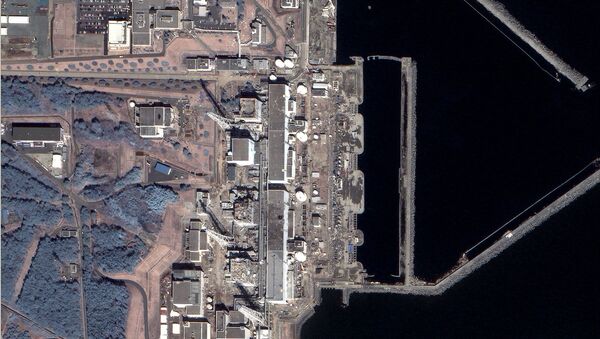 Radiation levels in some areas within a 20-kilometer (12-mile) zone around Japan's troubled Fukushima Nuclear Power Plant is 1,600 higher than the norm.

The highest radiation level of 161 microsievert per hour has been detected in the town of Namie, Fukushima Prefecture, Kyodo said.

The Japanese government has set an exclusion zone covering areas within a 20-kilometer zone around the plant and has urged people within 20 to 30 kilometers to stay indoors.

Work to restore power supplies to three troubled reactors at the Fukushima plant resumed early on Tuesday after several hours of delay, plant operator Tokyo Electric Power Co. said. Repair work at the reactors was suspended on Monday after the No.3 reactor emitted a cloud of gray smoke, leading to the evacuation of workers from the plant.

A powerful earthquake and ensuing tsunami that hit Japan on March 11 triggered a number of explosions at Fukushima. The disaster knocked out cooling systems at several reactors, leading to a partial meltdown of fuel rods inside them and raising fears of massive nuclear contamination.

The official death toll from the disaster has risen to 9,000, with more than 12,000 people missing, Kyodo said.