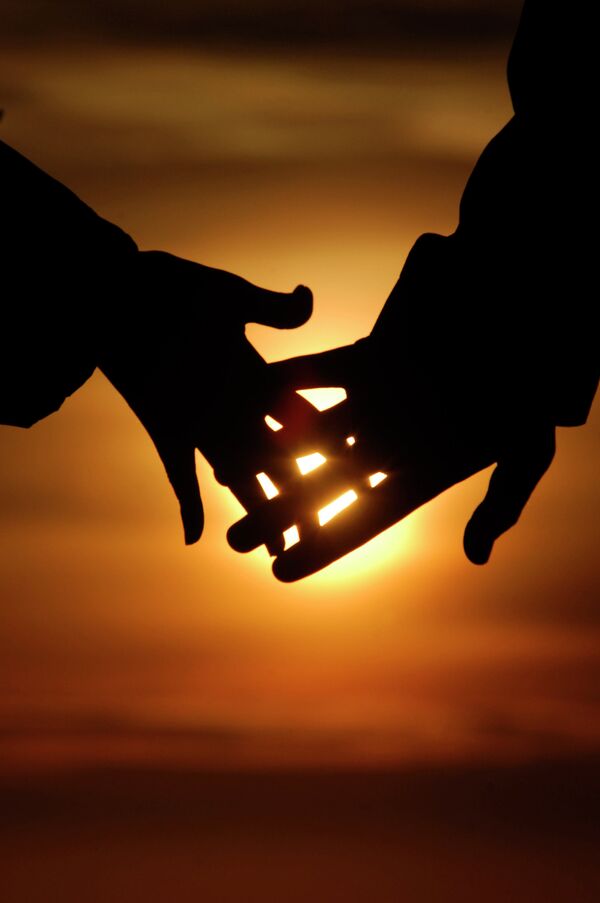 © RIA Novosti . Mikhail Mordasov
/
Go to the photo bank
Subscribe
Authorities in the Belgorod Region of Southern Russia have canceled public celebrations of St. Valentine's Day due to its negative influence on young people, a regional government spokesman said on Friday.

Authorities in the Belgorod Region of Southern Russia have canceled public celebrations of St. Valentine's Day due to its negative influence on young people, a regional government spokesman said on Friday.

Under the decree, which was blessed by the Orthodox archbishop of Belgorod, local authorities should not allow celebrations of St. Valentine's Day and Halloween at educational, cultural and other institutions.

"The atmosphere of these holidays does not help young people to develop spiritual and moral values," the spokesman said. "Their celebration is first of all beneficial to commercial organizations."

He added that these instructions were not a direct ban but a recommendation.

"If a school principal organized a disco or a contest on February 14, nobody will fire or rebuke him but we hope that people will consciously give up celebrations of this holiday," the spokesman said.

However, local media were ordered to explain to their audience that Halloween and St. Valentine's Day contradict traditional Russian values and many organizations, including the Belgorod zoo and even night clubs, canceled themed events.

Belgorod University decided to replace the western holiday with a day of Orthodox youth, which will be marked on February 15 with a classical music concert, competitions and even a ball.

In 2008, Russia, which is a secular state under the constitution, introduced an alternative to St. Valentine's in a move to revive a pre-revolutionary tradition. The Day of Family, Love and Faithfulness, also known as the Day of Sts. Peter and Fevronia, the Orthodox patrons of marriage, is marked on July 8 with a daisy being its symbol instead of a red heart.

Meanwhile, this is not the first attempt of the Belgorod authorities to impose restrictions on social activities.

Back in 2004, Governor Yevgeny Savchenko ordered that all DJs should undergo training at the local administration and that special commissions should keep tabs on discos and night clubs. The governor also said no "immoral" music should be played, although no list of banned bands was produced.

In 2010, heavy metal concerts were prohibited at night clubs and restaurants in the Belgorod region.