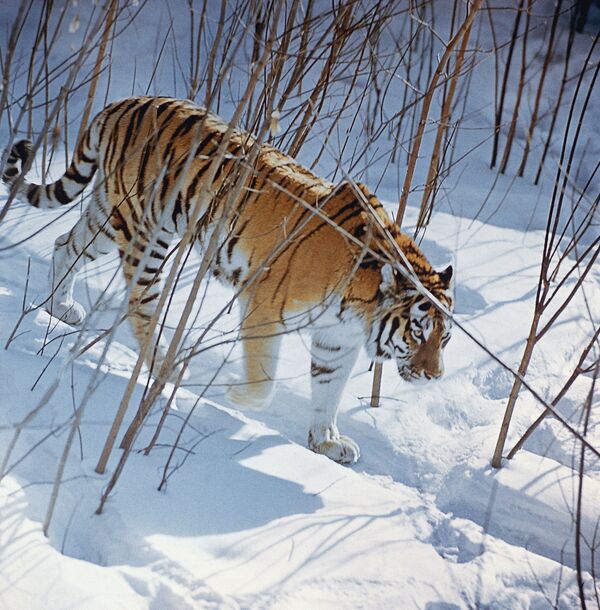 Russia will toughen its laws against hunting tigers, Prime Minister Vladimir Putin said at an international tiger forum in St. Petersburg on Tuesday.

"We plan to toughen laws against both killing tigers and the illegal trading in these animals," Putin said.

He said the program to protect the Amur tiger in the Far East will be "taken into account" by housing and infrastructure developers.

"[The program's] key requirements will be taken into account when preparing programs to develop the Far Eastern territories," he said.

The premier said Russia and China plan to set up cross-border zones so that the countries' population of the Amur tigers can move freely.

There are only 450 Amur tigers left in the wild in Russia's Far East.

He voiced the idea of sharing some of Russia's tiger families with Kazakhstan and Iran.

"Russia's tiger families can start the revival of tiger populations in countries where they have vanished, for example, in Kazakhstan and Iran," Putin said.

"Russia is ready to share its treasures," he went on.

The worldwide tiger population has declined from 100,000 to just over 3,000 over the past century.