Media outcry over attack on Kashin. What next? 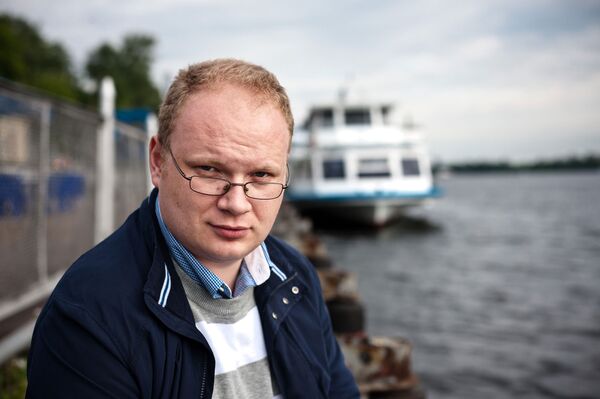 The savage attack on journalist Oleg Kashin has generated an unprecedented wave of media solidarity.

The savage attack on journalist Oleg Kashin has generated an unprecedented wave of media solidarity. Journalists have not displayed such unity since Obshchaya Gazeta opposed the hardliner-led coup of August 1991. But even then there were blacklegs, like the newspaper Pravda. But now spokesmen for official publications are standing shoulder to shoulder with the most radical oppositionists. Journalists are unanimously demanding that those who ordered and carried out this crime are found and punished.

The reason for such post-partisan media solidarity seems to be that Kashin was in no way an extremist, nor did he cover controversial issues linked to terrorism or crime. He was not an investigative journalist, nor was he engaged in any political or human rights activities. He was simply a reporter and interviewer. His job was either to arrive somewhere, take a look at whatever was going on and tell his readers all about it, or to ask questions and note down the answers. He also kept a blog which he merely used to express his opinion on a range of issues.

It seemed that Kashin was engaged in absolutely harmless activities and that he occupied a wholly conflict-free position but none of that saved him from this brutal assault. This means that the situation in Russia is now such that any of his colleagues could suffer a similar fate, regardless of their political views. This does not leave much room for petty squabbles over party differences.

In the wake of the attack this unprecedented professional solidarity was expressed in a series of spontaneous pickets. A real mix of people, including Kashin's close friends and colleagues, gathered in front of the Moscow Criminal Police Department on 38 Petrovka carrying placards reading: "Journalist Oleg Kashin has been beaten. I demand that those who ordered and executed this crime be found."

The immediate emotional reaction is understandable but it cannot sustain itself for very long. Journalists who testify in the Criminal Police Department on Petrovka report that investigators working on Kashin's case feel offended by the pickets. It is comparable to the colleagues of a seriously ill patient standing outside his hospital carrying placards with the inscription: "We demand that the patient be cured!"

This media solidarity was bound to become a more constructive and useful kind of cooperation. On November 9 a group of editors-in-chief held a round table discussion in RIA Novosti devoted to the professional community's response to the attack on Kashin. Instead of dishing out advice to the investigators, the discussion focused on how best to prevent similar crimes in the future.

Thus, some suggested amending the Criminal Code to toughen punishment for crimes against journalists, equating them to attacks on government officials and policemen. But that proposal looks somewhat academic. Vladimir Gurevich, editor-in-chief of Moskovskiye Novosti, said that according to official information, crimes against journalists have the lowest resolution rate. What point is there in toughening punishment if it is impossible to find and catch those whom the court is supposed to bring to trial?

Why do crimes against journalists have such a low resolution rate? Valery Fadeyev, editor-in-chief of the magazine Expert and Public Chamber member, believes it is due to the fact that investigators regard journalists as the bottom of the barrel. "We are second rate, we are not important," Fadeyev complained. None of his colleagues disagreed.

Chairman of the Union of Journalists Vsevolod Bogdanov made a bad picture worse when he reported that 300 journalists were killed in Russia over the last 20 years and that almost none of these crimes have been solved (although he didn't give the exact figure). Assassination attempts and beatings were not counted.

Obviously, all these facts cannot but evoke an emotional response from even the most moderate members of the professional community. This is why there are proposals to conduct parallel journalistic investigations through public commissions at law-enforcement bodies.

Such amateur activities are unlikely to prove useful although nobody can prevent editorial boards from conducting their investigations within the limits of the law. But it would be best if this is done by professionals, all the more so as Kashin's case is by no means considered second-rate.