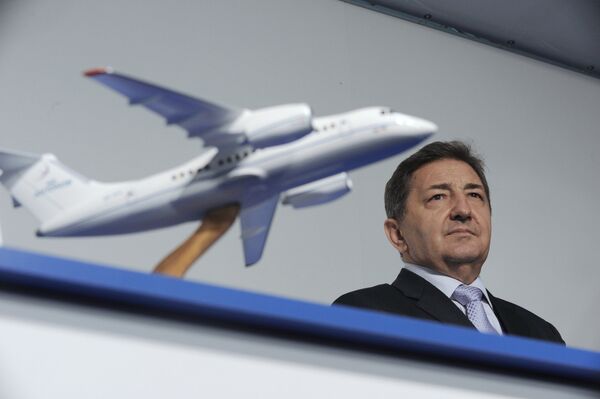 "We have not managed to officially register our participation, but the terms were prolonged following our request, and we will take part in the tender," Kiva said in Kiev.

The tender, with an estimated value between $25 billion and $50 billion, was launched in January 2007. The U.S. Air Force intends to replace its obsolete Boeing KC-135 refueling tankers, which have been in service since the 1950s.

EADS and U.S. aerospace and defense firm Northrop Grumman were initially competing in the tender, which was then cancelled and restarted following a protest by rival Boeing in 2008.

In July this year, Antonov and aerospace and defense contractor U.S. Aerospace Inc. filed a joint application to participate in the tender. The companies intend to supply up to three aircraft types to the USAF, such as the four-engined Antonov An-124, a twin-engined variant of the aircraft, the Antonov An-122, and the An-112, a twin-engine modification of the Antonov An-70 propfan.