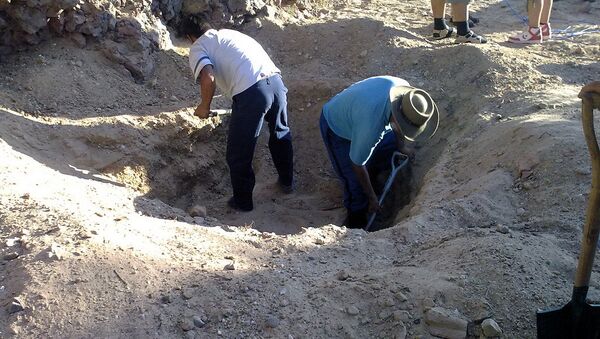 A Greek archeologist has claimed to have unearthed the palace of the legendary Odysseus on the island of Ithaca in the Ionian Sea.

A Greek archeologist has claimed to have unearthed the palace of the legendary Odysseus on the island of Ithaca in the Ionian Sea.

Thanasis Papadopulos, who has been carrying out excavations on the Greek hero's home island for 16 years, said he had discovered the remains of a three-storey palace and a well, which date back to the 13th century BC, which is when the Trojan war, described in Homer's Iliad, is believed to have taken place.

Similar wells have been unearthed in Mycenae, 90 kilometers southwest of Athens, and in Tiryns on the Peloponnese Peninsula, the two centers of the Mycenaean civilization, which flourished between 1600 BC and 1100 BC.

The remains matched the description of Odysseus's palace in Homer's Odyssey, reputedly written around the 8th century BC, Papadopulos said.

Ithaca Mayor Spiros Arsenis said Papadopulos's excavation is easily one of the most important discoveries in modern archeology.

In the late 19th century, German Archeologist Heinrich Schliemann discovered what were believed to be the remains of Troy a few kilometers from the Strait of Dardanelles, in present-day Turkey.

The Iliad describes the final year of the Trojan War, focusing on the exploits of the Greek hero Achilles. Its sequel, the Odyssey, details the adventures of Odysseus as he returns to his home on Ithaca after the fall of Troy.