Russian pianist Pletnev due in court for regular hearing 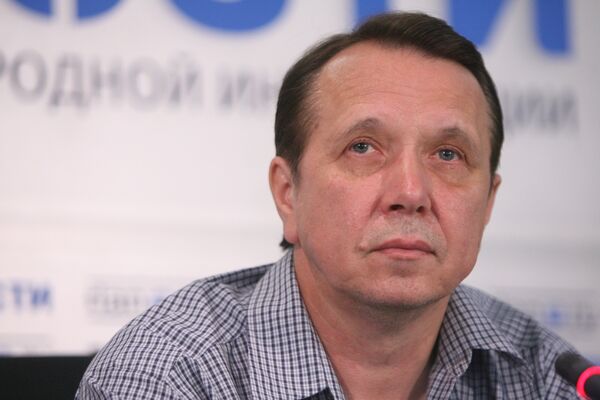 The Grammy-award winning Russian pianist Mikhail Pletnev, accused in Thailand of sexually abusing a minor, is to appear in court on Monday, a Thai police investigator said.

The Grammy-award winning Russian pianist Mikhail Pletnev, accused in Thailand of sexually abusing a minor, is to appear in court on Monday, a Thai police investigator told RIA Novosti by telephone.

Pletnev was bailed on July 7 and allowed to leave the country on tour, but under Thai law the suspect in an investigation must attend a court hearing to extend or alter the terms of his restraint every 12 days.

Pletnev would have been in court on July 18, but the hearing could only take place on Monday.

"The fact is that today the courts do not work," the investigator said on Sunday.

The judge may on Monday extend Pletnev's bail and again grant him permission to leave the country, jail him without bail, or allow him to leave the court but order him to remain in Thailand.

A spokesman for his Russian National Orchestra spokeswoman said on Saturday that Pletnev had returned to Thailand.

The Russian musician has been charged with raping a 14-year-old boy. If convicted, he may face up to 20 years behind bars. Pletnev denies all charges against him.

Thai police investigators told RIA Novosti that during a search they had found no evidence of Pletnev's involvement in child pornography.

The acclaimed pianist is expected to join up with his orchestra in August after court hearings in Thailand, but concerts in the U.S. would go ahead without Pletnev.