Russia's 5G fighter to be '3 times cheaper than foreign analogs' 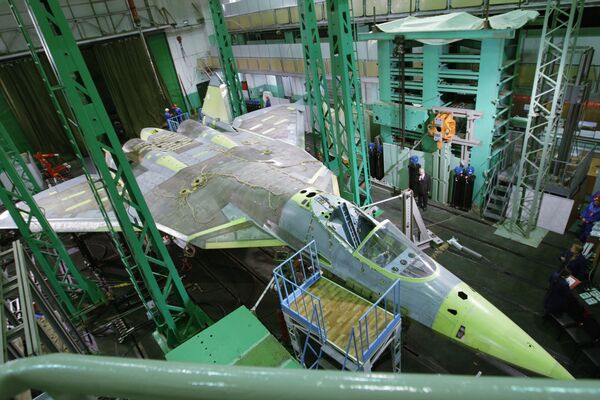 Russia's fifth generation fighter will be about three times as cheap as its foreign analog, Russian Prime Minister Vladimir Putin said on Thursday.

He observed the test flight of a prototype fighter and later talked to the pilot, Sergei Bogdan.

"It will be a machine superior to our main competitor, the F-22, in maneuverability, armament and range," Putin said.

"Also in morale," the pilot added.

"Above all else," Putin said smiling.

Bogdan said it was the fighter's 16th test flight and more would follow shortly.

He said, factoring in modernization and upgrades, the fighter will have a service life of 30-35 years.

Russia has been developing its newest fighter since the 1990s. The country's top military officials earlier said the stealth fighter jet with a range of up to 5,500 km would enter service with the Air Force in 2015.