Russia to set up working group with France on naval cooperation 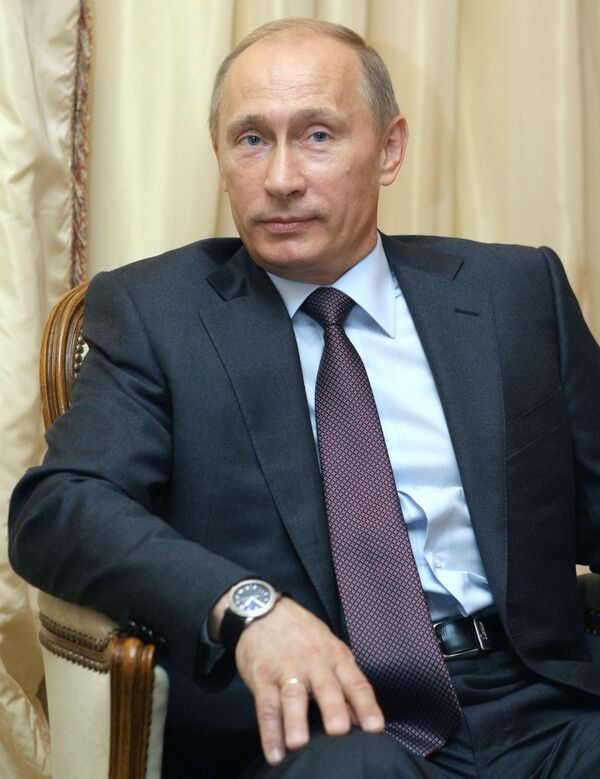 © RIA Novosti . Alexei Nikolskiy
/
Go to the photo bank
Subscribe
Russian Prime Minister Vladimir Putin has instructed his deputy Igor Sechin to set up a working group on cooperation with France in warship building, a source in the Russian delegation said on Friday.

Russian Prime Minister Vladimir Putin has instructed his deputy Igor Sechin to set up a working group on cooperation with France in warship building, a source in the Russian delegation said on Friday.

The source said Putin had a "substantive conversation" with French President Nicolas Sarkozy and they discussed the entire agenda of Russian-French bilateral ties, including naval and nuclear cooperation.

Putin arrived in Paris on Thursday with the possible Russian purchase of a Mistral-class amphibious assault ship from France expected to be high on the agenda.

Sarkozy said France's willingness to sell a Mistral to Russia should be seen as yet another political signal that Russia was perceived as a partner.

He added that specific issues such as technology transfers and co-production arrangements were a subject of further negotiations.

However, ahead of his visit to France, Putin said Russia would make the purchase only if advanced radar systems and other technology were part of the deal, which if it goes through will be the first sale of advanced military hardware by a NATO member to Russia.

The Russian military has said it plans to use Mistral ships in its Northern and Pacific Fleets.