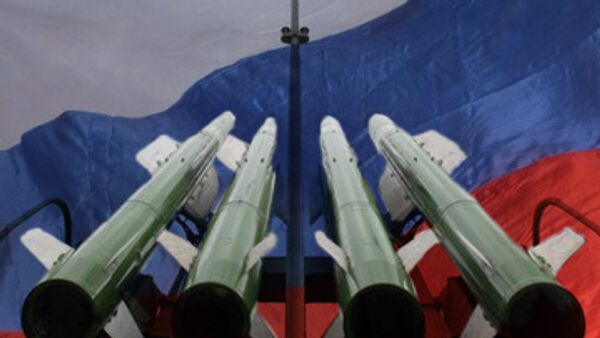 MOSCOW. (RIA Novosti military commentator Ilya Kramnik) – Russia’s new military doctrine, which is to come into force in 2010, has provoked a heated debate, first of all because it stipulates preemptive nuclear strikes.

MOSCOW. (RIA Novosti military commentator Ilya Kramnik) – Russia’s new military doctrine, which is to come into force in 2010, has provoked a heated debate, first of all because it stipulates preemptive nuclear strikes.

Moreover, it says that nuclear weapons may also be used in local conflicts in case of critical threats to Russia’s national security.

The wording has encouraged some people to say that Russia intends to use nuclear weapons in conflicts with its closest neighbors – former Soviet republics.

A critical threat to Russia’s national security can come from different types of conflicts, including a large-scale war with a block of countries, or a hypothetical territorial conflict with one or several militarily developed countries.

Since the armed forces of the former Soviet republics are not very efficient, it can be assumed that only the Baltic countries, which are NATO members, can pose a critical threat to Russia. Although there is zero probability of a conflict with a Baltic country, if such a war does break out, it will immediately overgrow the scale of a local conflict, and it is not a Baltic territory that will be Russia’s target in this case.

A critical threat can also be created by an attempt by a more developed neighbor who is not a member of a NATO-type military alliance to use military force against Russia to settle a territorial dispute. Theoretically, such a conflict is possible with Japan if Japanese politicians seeking to use military force to solve the Kuril problem come to power there.

However, a critical threat to Russia is more probable in a larger war. Russia started speaking about the possibility of delivering preemptive nuclear strikes long ago, in the late 1990s after NATO bombed Yugoslavia. Russia subsequently held war games West 1999 simulating a military conflict with NATO similar to the one in Yugoslavia.

That war game showed that only nuclear weapons would save Russia in case of a Western aggression. The Russian government subsequently changed the schemes of using nuclear weapons, especially tactical ones.

The new provision was sealed in two fundamental documents – the military doctrine and the national security concept adopted in 2000. They read that the use of nuclear weapons is justified and necessary “to repel a military aggression when all other methods of settling the crisis have been used and proved ineffective.”

The decision looked logical at the time since NATO’s military power was superior to Russia, and the situation has not changed much since then. On the other hand, the possibility of a dispute – let alone a military conflict – with NATO has decreased because Russia has launched a new round of dialogue with the bloc. But military doctrines stipulate basic provisions that do not take into account the current tactical situation.

It should be said that other countries, including the United States, are also considering preemptive nuclear strikes.

On the whole, the new military doctrine reflects Russia’s gradual movement toward Western standards of the use of military force. The ideological provisions of the Soviet Union’s military doctrine – with the exception of the term “potential enemy” – have long been forgotten. Russia now intends to use its military force when and where necessary, and against any opponent.


The opinions expressed in this article are the author’s and do not necessarily represent those of RIA Novosti.