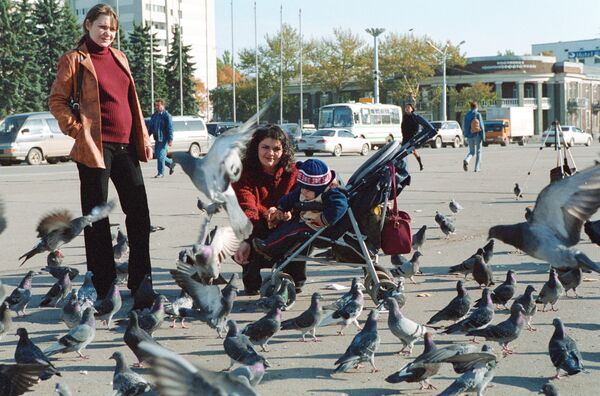 Polish prosecutors have begun investigations into the disappearance of 30,000 carrier pigeons during a long-distance race, Poland's TVN24 has reported.

MOSCOW, August 10 (RIA Novosti) - Polish prosecutors have begun investigations into the disappearance of 30,000 carrier pigeons during a long-distance race, Poland's TVN24 has reported.

A Polish group brought some 50,000 carrier pigeons to the German city of Schoningen to participate in a 600-kilometer (373-mile) race in late June. However, only 20,000 were able to make it back to the southern Polish city of Chorzow due to high winds and storms in the area.

The birds' owners hold the organizers responsible for the loss because they did not call the race off. Polish law stipulates a fine or prison term of up to two years for the "meditated destruction of the animal world in large numbers."

Prosecutors said other similar competitions were canceled in the area due to bad weather, TVN24 reported. They said it is hard to say if the birds died, as many could still be found in several regions between the start and finish lines.