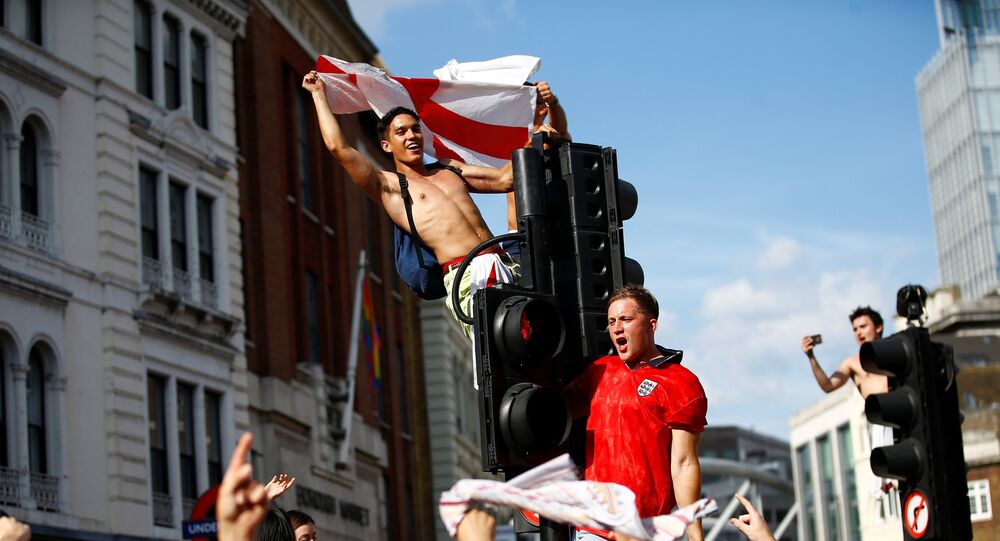 After making history by qualifying for the semifinals for the first time in 28 years, England will take on Croatia on July 11.

Workers at an IKEA shop in London were apparently shocked as football fans flooded the store shortly after England defeated Sweden 2-0 in the World Cup's quarterfinals.

A short video captured at the IKEA store shows a group of people dancing and singing, scattering pillows and destroying interior items.

The celebration was forcefully stopped when security guards entered the shop and asked the fans to leave.

Fans all over the country have been celebrating the victory with the slogan "football's coming home."

England beat Sweden 2-0 in Samara on Saturday and are through to the semifinals for the first time since 1990 where they will face Croatia.