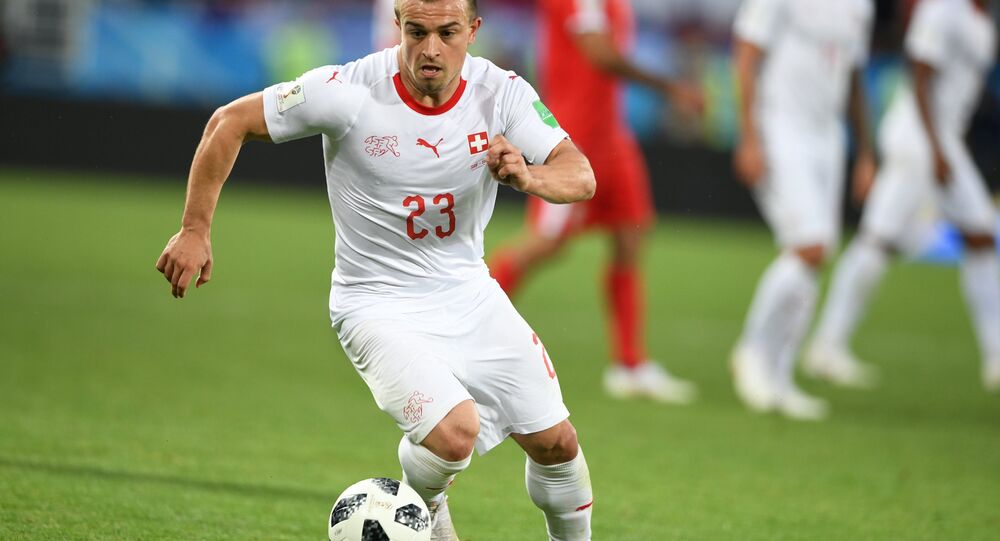 Zherdan Shaqiri’s stoppage-time goal gave Switzerland a vital 2-1 win against Serbia on Kaliningrad Stadium. The Swiss are now on four points and a victory against bottom side Costa Rica on June 27 will put them through to the round of 16.

Serbia's striker Aleksandar Mitrović scored the first goal with a powerful header in the very beginning of the match. Switzerland midfielder Granit Xhaka responded in a spectacular way with a powerful ball into the bottom corner of the goal on the second half of the FIFA World Cup match to tie the key game for his team in Group E.

© Sputnik
World Cup - Group E - Serbia vs Switzerland - Kaliningrad Stadium, Kaliningrad, Russia - June 22, 2018
© Sputnik
Argentina 'Devastated' After 3-0 Loss to Croatia: Messi's 'Uniqueness Fades'
With the match looking like it was heading for a 1-1 draw, Swiss winger Shaqiri skillfully broke the offside trap before slotting the ball past the goalkeeper in the 90th minute.

Switzerland will now play Costa Rica in Nizhny Novgorod on June 27. A win or a draw will put them through to the round of 16.

Serbia, who are on three points, must beat group leaders Brazil to move through to the knockout stage.

Switzerland winger Zherdan Shaqiri was named the Man of the Match after their 2-1 win against Serbia on Friday.