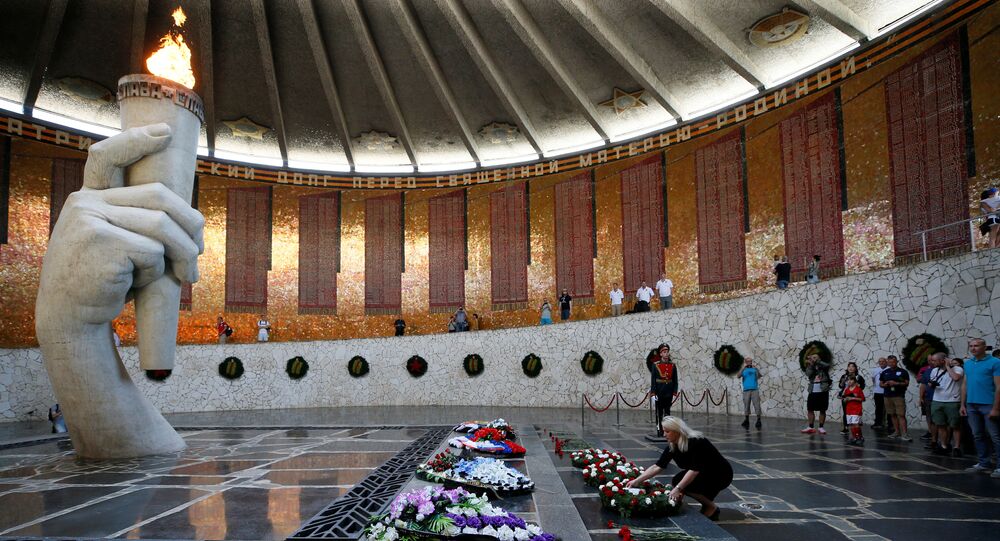 Volgograd, formerly known as Stalingrad, was the site of one of the most important and bloodiest battles of World War II that lasted since August 1942 till February 1943 and ended in a decisive Soviet victory over Germany and its allies.

"Only fitting given immense suffering of #Volgograd that it hosts people from across the world who are here in peace with common purpose."
Lindsay Skoll with @FA Chairman Greg Clarke and 🏴󠁧󠁢󠁥󠁮󠁧󠁿 & 🇷🇺 fans commemorate 75th anniversary of Battle of Stalingrad. pic.twitter.com/1i96re886r

​Volgograd is set to host its first FIFA World Cup match later on Monday with England facing Tunisia at the 45,000-seater Volgograd Arena.