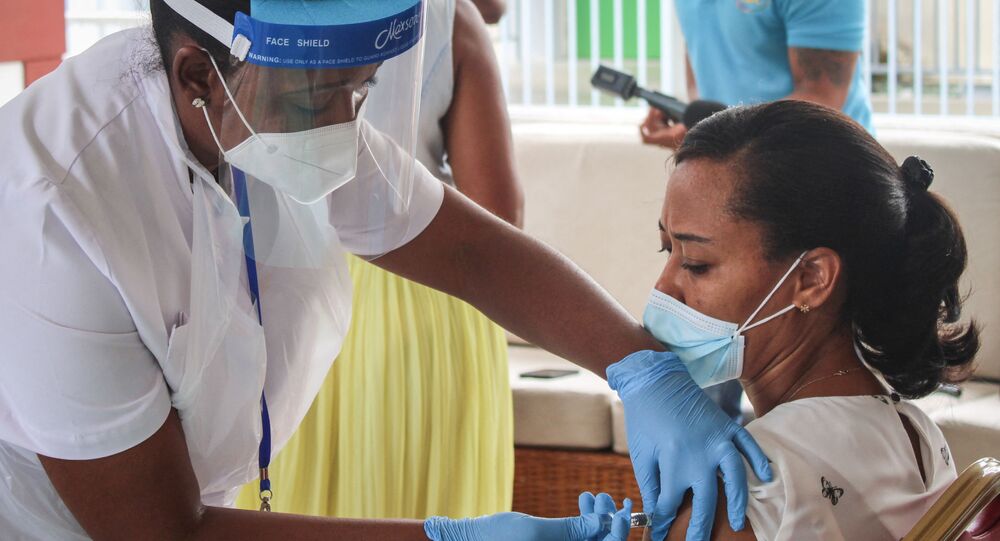 WHO Chief Warns About Likelihood of More Dangerous COVID-19 Variants

MOSCOW, (Sputnik) - The World Health Organisation (WHO) chief warned on Wednesday that mankind may soon see a spike of an even more contagious and dangerous coronavirus mutation than the incumbent Delta variant.

"The more transmission, the more variants will emerge with the potential to be even more dangerous than the Delta variant that is causing such devastation now. And the more variants, the higher the likelihood that one of them will evade vaccines and take us all back to square one", Tedros Adhanom Ghebreyesus told the 138th session of the International Olympic Committee.

Despite the invention and rollout of vaccines across the globe, as well as other preventive measures to contain the pandemic, the world is on the verge of another coronavirus wave, Ghebreyesus noted, listing among the reasons the lack of equal access to vaccines.

© AFP 2021 / REZAS
Gravediggers wearing personal protective equipment carry a coffin for burial at a cemetery in Bekasi on July 12, 2021, as Indonesia faces its most serious outbreak driven by the highly infectious Delta variant of Covid-19

In particular, only 1% of populations of low-income nations have received at least one shot of a vaccine, in comparison to over half of the population in developed countries, the WHO chief continued, adding that the current global injustice in sharing vaccines and other means to battle the pandemic, including tests and treatments contributes not only to "social and economic turmoil", but also to the further spread of the virus.

For a turnaround, it is vital to reach several targets, which were previously outlined by the WHO along with the International Monetary Fund the World Bank, and the World Trade Organisation, according to Ghebreyesus. The goals include the vaccination of at least 10% of every country's population by September, at least 40% by late 2021, and 70% by mid-2022.

The WHO declared the COVID-19 outbreak a pandemic on 11 March 2020. To date, more than 191 million people have been infected with the coronavirus worldwide, and more than 4 million have died, according to Johns Hopkins University.