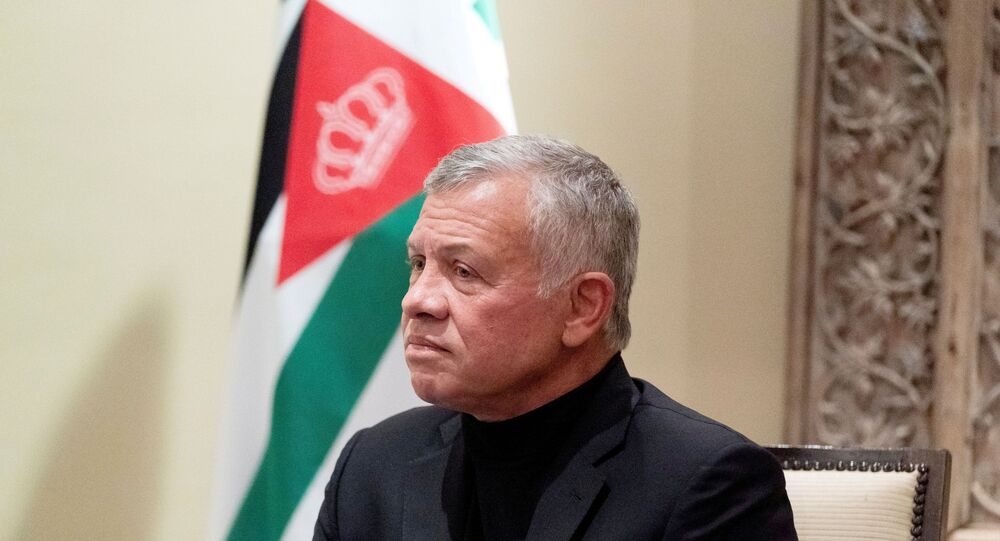 WASHINGTON (Sputnik) - US President Joe Biden on Monday will host King Abdullah II of Jordan, the first Arab leader to visit the White House under the current administration, as Biden attempts to reaffirm traditional commitments to the region after the revisionism of the previous US president, Donald Trump.

"It will be an opportunity to discuss the many challenges facing the Middle East and showcase Jordan’s leadership role in promoting peace and stability in the region," the White House stated in a preview of the summit.

In April, Biden threw his support behind King Abdullah II when the monarch faced an alleged coup attempt by his half-brother, Prince Hamzah. The rare rift within the royal family was swiftly quashed with the rebellious Prince silenced and his purported co-conspirators facing trial.

The United States sees Jordan as instrumental in handling the Israeli-Palestinian and Syrian crises.

"His Majesty’s visit will highlight the enduring and strategic partnership between the United States and Jordan, a key security partner and ally of the United States," the White House said in a statement.

Abdullah II has been on a visit to the United States since July 1. According to the Royal Palace, he met with US Central Command head Kenneth McKenzie and US Special Operations Command head Richard Clarke. The king also participated in a Sun Valley economic forum in the US state of Idaho.