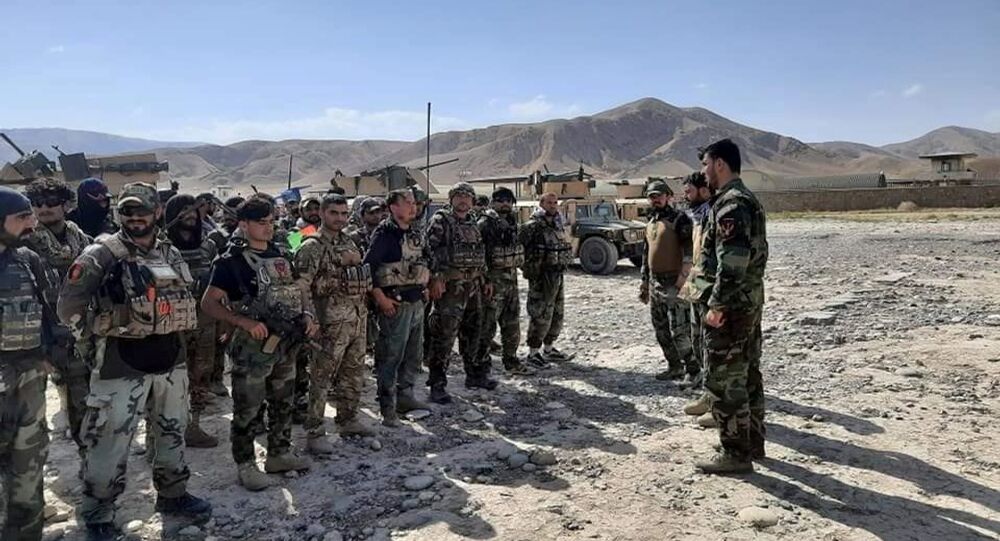 On Friday, the Afghani Sunni fundamentalist militant group announced that it had taken control over 85 percent of the country. Kabul officials dismissed the claim as propaganda.

A Taliban-controlled Afghanistan is not an inevitability, and the country’s government and security forces have the US support to enable them to continue fighting the militant group, Pentagon spokesman John Kirby has said.

“It doesn’t have to be that way and it’s not like the Afghans are going to be doing this without our help,” the spokesman added, referring to the Biden administration’s public commitment to continue providing non-troops-on-the-ground assistance following completion of the US withdrawal from the country in late August.

“That help will transition. It won’t be on the ground as you said, it won’t be face-to-face necessarily, but we’re going to continue to support them financially, help them with salaries for their soldiers. We’re also going to help maintain their aircrafts outside the country, so we’re still going to be a presence there to help them do this, but it really is going to be up to them to do this,” Kirby stressed.

Kirby also refused to comment on assessments by the Taliban that it now had control of 85 percent of the country’s territory, saying he didn’t want “to get into the business of validating their assessments and their public statements about what they think they have. I would tell you and you know this – that claiming territory or claiming ground doesn’t mean you can sustain that or keep it over time.”

Kirby emphasized that Afghan’s security forces had the modern weaponry and US-provided training, and that this capacity and capability now needed to be matched by the “will” to fight.

The Pentagon spokesman’s comments come amid a dramatic deterioration of the security situation in Afghanistan in recent months in the aftermath of President Biden’s April announcement that US and NATO forces would be coming home after spending 19+ years occupying the war-torn nation.

The withdrawal has precipitated a dramatic expansion of Taliban control across the country, and reports of the widespread surrender of entire battalions of Afghan army and police forces without a fight in areas where the group has advanced. Last week, Sputnik reported on the Taliban’s seizure of hundreds of military vehicles within a matter of weeks, culminating in the group’s potential gain of a major mobile fighting force if it is able to source fuel for these vehicles.

Russia, Iran and China have expressed serious concerns over the dramatic events in Afghanistan and the potential for instability to spread into neighbouring countries. On Friday, a delegation of Taliban representatives in Moscow assured Afghanistan’s neighbours that the group would not advance beyond the country’s borders, promised to crack down on the booming heroin trade, and reiterated their commitment not to allow Daesh (ISIS)* militants to operate in areas under their control.