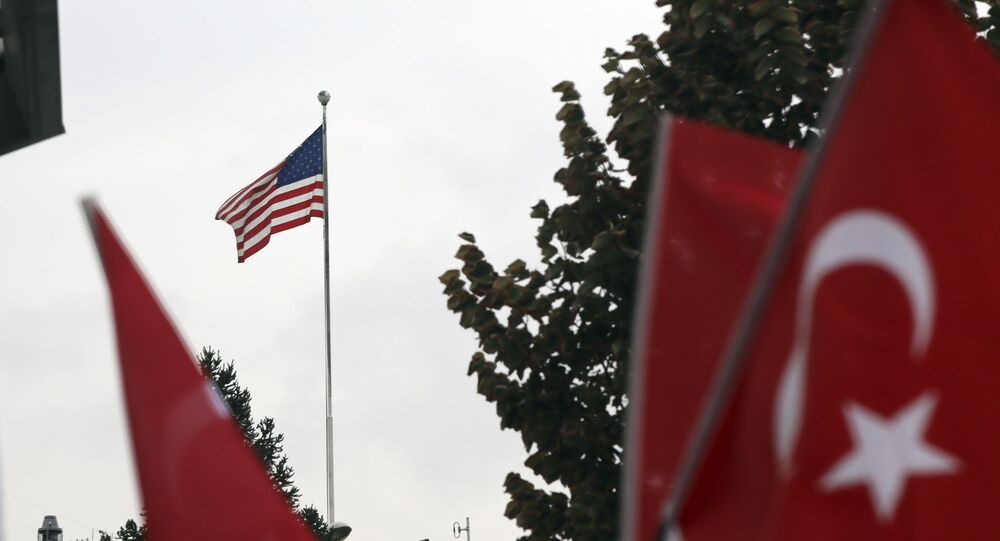 The Biden administration has sought to find ways to mend relations with its Turkish ally in the aftermath of the F-35/S-400 scandal. Tensions have remained heightened, however, following a US decision to recognize the Armenian Genocide and ongoing disagreements over US cooperation with Kurdish forces in Syria.

Ankara has refuted a move by Washington to add Turkey to the list of nations implicated in the use of child soldiers, the Turkish Foreign Ministry announced on Friday.

"A striking example of hypocrisy and double standards as the US openly aids, provides weapons to [Kurdish militant groups] PKK/YPG that forcibly recruits children," the ministry said in a statement.

The statement comes following Washington's unprecedented decision Thursday to add Turkey to a list of countries which it says have used child soldiers in the past year. The US State Department's 2021 Trafficking in Persons report accuses Turkey of providing "tangible support" to the so-called Sultan Murad division - a jihadi militia of Syrian Turkmen it says is known to recruit and use minors as soldiers.

A US State Department official indicated that the listing was "the first time a NATO member has been listed in the child soldier prevention act list," and suggested Turkey's status "as a respected regional leader" gave it "the opportunity to address this issue - the recruitment and use of child soldiers in Syria and Libya."

State Department spokesman Ned Price expressed hope that the Child Soldiers Prevention Act (CSPA) listing would not impact "the constructive discussions we're engaging in with Turkey, in the context of Afghanistan or any other area of shared interest."

© AP Photo / Andrew Harnik
US Neocons Found ‘Turkish Democracy Project’ as Ankara’s Favor in Washington Wanes
In a Friday statement, the Turkish Foreign Ministry called the absence of Kurdish militias in the US listing a "grotesque" oversight.

Along with Turkey, Washington's Pakistani allies are included in the CSPA listing for the first time, with the list said to imply the possibility of sanctions in the area of military cooperation among affected countries. The list also includes Afghanistan, Burma, DR Congo, Iran, Iraq, Libya, Mali, Nigeria, Somalia, South Sudan, Syria, Venezuela and Yemen.

The listing defines 'child soldiers' as any person under the age of 18 taking part in hostilities 'as a member of governmental armed forces, police, or other security forces.'

The Biden administration has sought to put aside past conflicts with Turkey and its president, Recep Tayyip Erdogan, in a bid to prevent the country from building greater autonomy and geopolitically shifting toward Russia and China. Last month, Erdogan expressed confidence that the two countries had "opened the doors of a new era...with the US on a positive and constructive basis," and that there were no issues that Ankara and Washington could not resolve.

A series of pent-up conflicts, however, including the designation of Kurdish fighters in Syria, Turkey's expulsion from the F-35 US fighter programme, Ankara's decision to buy Russian-made air defence missile systems, Washington's recent recognition of the Armenian Genocide, and the US harbouring of an Islamist pastor and longtime ally of Erdogan's that Ankara claims was responsible for the 2016 Turkish coup attempt, have so far prevented relations from returning to normal.